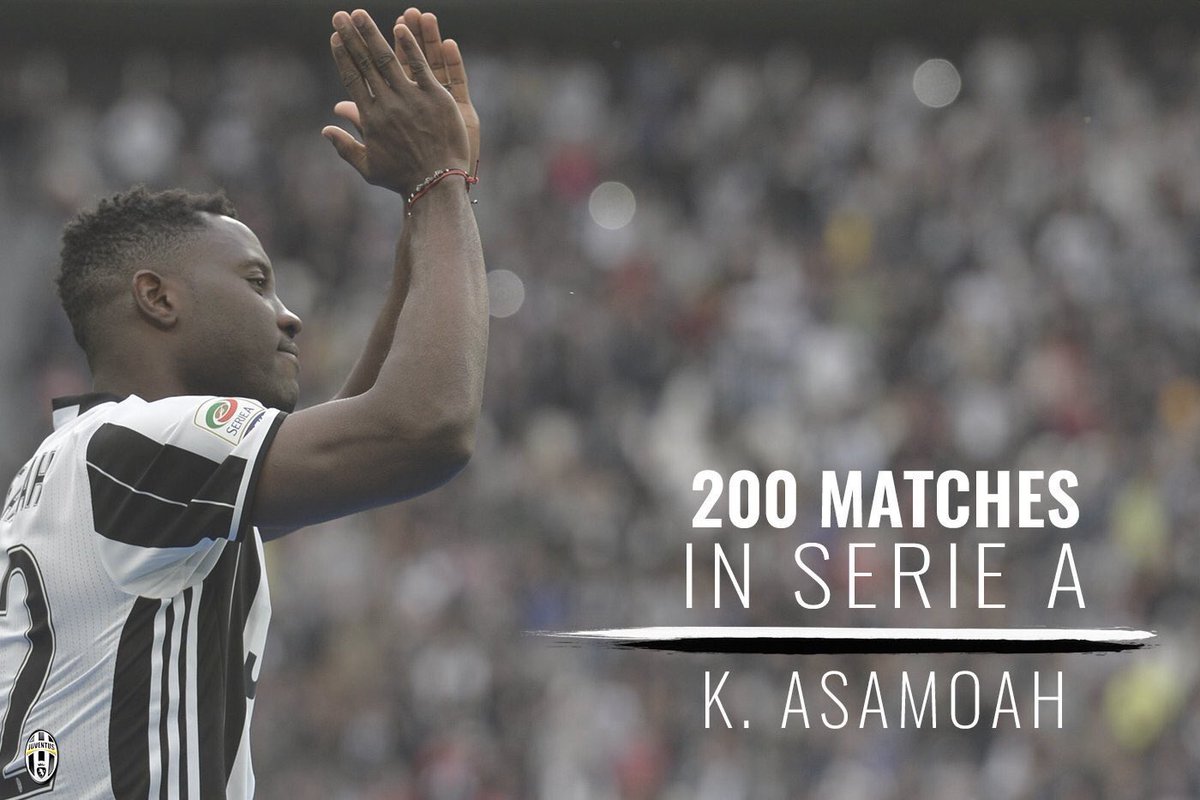 He might be out due to injury on several occasions but Ghanaian midfielder, Kwadwo Asamoah has made an appreciable number of appearances in Serie A for his age.

The 28-year-old Ghana made his 200th Serie A appearance on Sunday when Juventus beat Bologna 3-0 at home.

The versatile player who has been employed in several positions for Juventus is gradually settling into the team after injury and put up an amazing performance to mark his 200th appearance.

Asamoah has been asked to be excused from national duties as he hopes to revive his career with his club. He joined Juventus from Udinese four years ago.