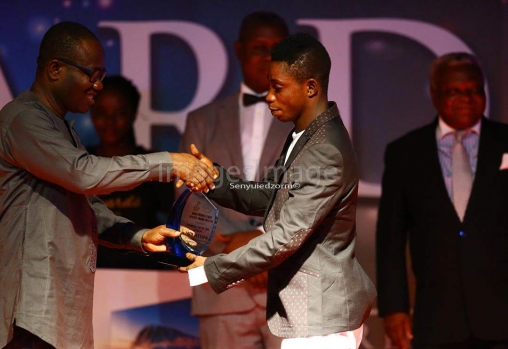 Liberty Professionals midfielder Latif Blessing beat stiff competition from two other players to emerge as the Best Player for the 2015/16 Ghana Premier League season at the Awards Ceremony held at the State Banquet Hall on Friday.

The outstanding winger who played a pivotal role in Liberty’s exploits last season beat Medeama midfielder Kwasi Donsu and Dreams FC’S Abdul Bashiru to lift the most coveted award on the night.

Blessing also received an award for being the top scorer for the season with seventeen (17) goals.

Below is the full award winners :

Club of the Season - Wa All Stars (for winning the league)

Coach of the season - Anos AdIpa (Wa All Stars)

Referee of the season - Awal Mohammed

Most Promising Player of the Season - Abdul Alidu Hudu

Goalkeeper of the Season -  Richard Ofori (Wa All Stars)

Defender of the season - Inusah Musah (Hearts of Oak)

CEO of the Season - Oduro Nyarko (Wa All Stars)