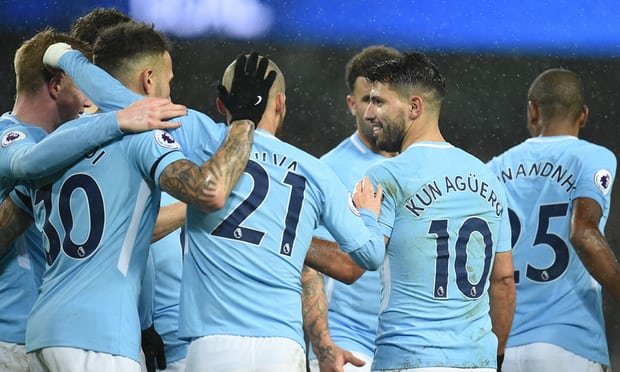 UEFA had opened an investigation into City over potential breaches of its break-even rule in March after German publication Der Spiegel reported the club's Abu Dhabi owners inflated sponsorship agreements to comply with FFP requirements.

"The Club Financial Control Body chief investigator (Yves Leterme)... has decided to refer Manchester City FC to the CFCB adjudicatory chamber following the conclusion of his investigation," UEFA said in a statement.

City released a statement soon after saying the Premier League champions were "disappointed, but regrettably not surprised, by the sudden announcement of the referral."

FFP rules are intended to prevent clubs receiving unlimited amounts of money through inflated sponsorship deals with organisations related to the owners and clubs who have breached the rules can be barred from European competition.

"Manchester City is entirely confident of a positive outcome when the matter is considered by an independent judicial body," City added.

"The accusation of financial irregularities remains entirely false and the CFCB IC referral ignores a comprehensive body of irrefutable evidence provided by Manchester City to the Chamber.

"The decision contains mistakes, misinterpretations and confusions fundamentally borne out of a basic lack of due process and there remain significant unresolved matters raised by Manchester City as part of what the club has found to be a wholly unsatisfactory, curtailed, and hostile process."

City, who won the Premier League title on Sunday, are seeking an unprecedented domestic treble when they face Watford in the FA Cup final on Saturday.