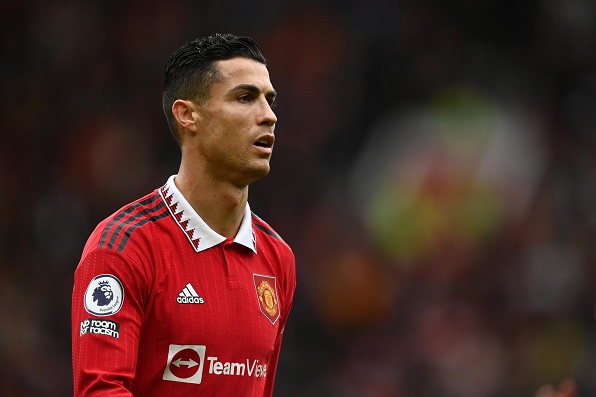 Manchester United are exploring the possibility of terminating Cristiano Ronaldo’s contract after his interview with Piers Morgan.

United are considering taking legal action against Ronaldo for breach of contract, which could result in the Portugal international’s deal at the club being cancelled.

Ronaldo, 37, conducted a highly-critical interview where he accused his employers of betrayal and took swipes at head coach Erik ten Hag as well as the club’s hierarchy.

“We will not be making further comment until this process reaches its conclusion.”

All top-flight players sign a Premier League employment contract with their clubs.

Under that agreement, they are obliged to “comply with and act in accordance with all lawful instructions of any authorised official of the club” and are not allowed to “write or say anything which is likely to bring the club… into disrepute… or cause damage to the club”.

United would have to establish the extent to which Ronaldo is in breach of his contract through his comments to determine what outcomes are possible.

Having initially re-joined United in August 2021 on a two-year contract with an option for an extra year, his current terms would be due to expire in August 2023 — assuming that extra year was not agreed.

If Ronaldo has been deemed to have breached his contract, the club could terminate his deal.

Ronaldo said he “felt betrayed” by the club in an interview with Morgan, published in The Sun newspaper.

The 37-year-old forward added that he feels he is being forced out of United, “Not only by the coach (Erik ten Hag), but also by two or three other people around the club”.
He said: “I feel betrayed.

“Some people, I feel, don’t want me here. Not just this year, but last year too.”

Ronaldo also touched on his relationship with Ten Hag, adding: “I don’t have respect for him because he doesn’t show respect for me.

He also spoke on Ralf Rangnick’s time at the club, who was appointed interim manager after Ole Gunnar Solskjaer’s departure last season.

The German has had significant success as a director of football but had not managed a team for over two years before taking over at United in November last year, with Ronaldo commenting: “If you’re not even a coach, how are you going to be the boss of Manchester United? I’d never even heard of him.”

Ronaldo told United he wanted to leave this summer, should the club receive a suitable bid, but no satisfactory firm offers were made for the forward.

He previously drew criticism from his manager back in August when he left early during a friendly against Rayo Vallecano. He was substituted at half-time during the warm-up fixture and was then filmed outside the ground before the end of the match.

Last month, he refused to come on as a substitute during the closing stages of his side’s win against Tottenham Hotspur. He was then left out of the squad for United’s fixture against Chelsea the following weekend and trained by himself for a week before returning to the line-up for their 3-0 Europa League win against Sheriff.

He has, however, played a more prominent role in the Old Trafford club’s Europa League campaign. Ronaldo has started all six of United’s matches in the competition, scoring two goals and claiming two assists.

In the Premier League, Ronaldo has largely been cast as a peripheral figure with just four starts.

United head into the World Cup break in fifth place in the Premier League table.