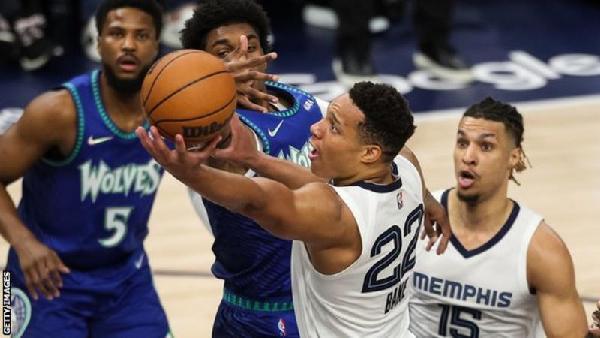 The Memphis Grizzlies fought back to beat the Minnesota Timberwolves and win their playoff series.

The Grizzlies overturned a 13-point fourth-quarter deficit to win 114-106 and take the best-of-seven series 4-2.

The second-seeded Grizzlies will face the third-seeded Golden State Warriors in the Western Conference semi-finals, which begin on Sunday.

It is the first time in seven years that the Grizzlies have advanced beyond the play-offs.

"We stick together, stay on the same page, and I think it really showed on the big stage this series," Bane said.

Embiid, one of the leading candidates for the Most Valuable Player, suffered a right orbital bone fracture and a mild concussion during Friday's win over the Toronto Raptors.

The centre will miss at least the first game of the Eastern Conference semi-final series against the Miami Heat.

Embiid previously missed three weeks of the season in 2018 with a similar injury.