Paris, Barcelona or Miami - where next for Messi? 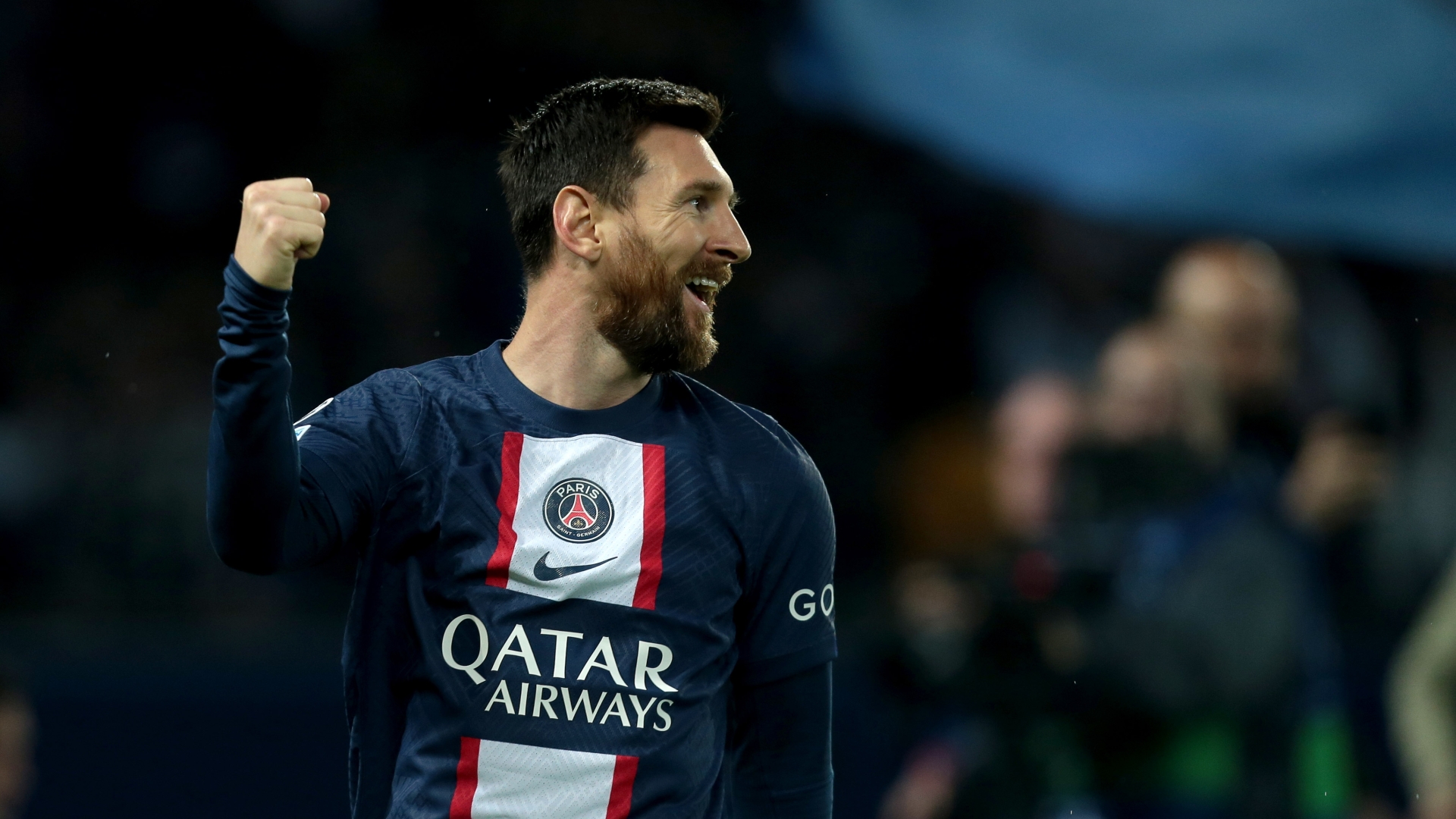 With the World Cup inching ever closer, speculation as to the next destination of Lionel Messi continues apace.

At 35, the Paris St-Germain forward has won almost every accolade in the game. He has won the Ballon d'Or - awarded to the world's best player - a record seven times and also won the Fifa Best Men's Player award once.

But where will the Argentine superstar be weaving his magic next season?

What is his current situation with PSG?

Despite clearly approaching the latter stages of his career, Messi, with 11 goals and 14 assists from 17 Ligue 1 and Champions League appearances this season, is very much back to his frightening best.

Messi and his family did not enjoy the happiest of departures from Barcelona, where he had starred for more than half his life, nor did he hit the ground running after his arrival at Paris in August last year.

Shirt sales on his signing for the club exceeded those of Kylian Mbappe and Neymar when they came to PSG. Unfortunately the initial performances, affected by injuries, adaptation and a tough Covid infection, did not totally live up to all the hype.

But as everything has fallen into place in his personal life then that has swiftly been reflected by his performances.

Put simply, if PSG were to put a contract on the table and tell him it had to be signed there and then, Messi would do so.

But with qualification into the knockout stage of the Champions League secured, his main focus is on the World Cup and he has asked everyone in his entourage not to talk about his future until after then. That could be January or June, but certainly after the tournament.

Messi goes to Qatar carrying the hopes and dreams of the entire nation of Argentina, the main asset in what looks like an extremely good side built around him by coach Lionel Scaloni. They look very much like they could be there or thereabouts in the competition.

For Messi this will be the perfect litmus test as to whether or not he still deserves his place among the elite, whether he is still up to the task in hand. Then he will decide at what level he wants to play.

Messi's current contract, which runs until the end of June next year, was for two years plus an option of a third, although the extra year only comes into effect if both parties agree to it.

As things stand PSG now realise more than ever his value both commercially and in a sporting context. If they sit down at the end of the World Cup he will be offered a further year's contract plus an option for a second year, rather than putting into effect the extra-year deal currently in place.

The word coming out of Paris is that they are optimistic he will sign.

What are his chances of joining MLS with Inter Miami?

According to much of the UK media it is David Beckham's Inter Miami who are currently favourites to sign Messi when his contract with PSG finishes at the end of June.

What is certain is that Inter Miami have everything in place to guarantee bringing him into Major League Soccer as soon as possible, which is completely different to saying that he will be joining them next season.

What is almost certainly a done deal is the arrival of Sergio Busquets, Messi's great friend and former Barcelona team-mate.

Inter Miami will feel by signing Busquets they will not only be getting a top player, but also someone for Messi to be close to and trust should he decide on the move.

Messi may well at some time in his career decide that is where he and his family want to be, but next season? Very early to say. It feels like the stories about his move to the USA are driven by a club needing the attention to gather enough sponsorship for what's coming up for them.

What are his chances of rejoining Barcelona?

In a recent BBC documentary on Messi, Xavi said how much he would love to coach the Argentine. What is also certain is that the Barcelona coach is very much the engine driving the idea constantly being highlighted in Barcelona friendly sports media surrounding Messi's potential return.

My feeling is that Xavi has already spoken to Messi and explained to him how he thinks he can help to make Barcelona a great power once again, particularly in the role of an attacking midfielder.

Ever the pragmatist, club president Joan Laporta is not about to start dismissing any suggestions that he might return, and has spoken many times in general terms about how the Messi and Barcelona story is far from being finished.

In fact, Xavi has previously insisted to Laporta that Messi was the piece missing in the team and that he wanted him back as soon as possible.

Despite Xavi's desire to bring him back into the fold, and Laporta's encouraging words, there has been no contact between Laporta and Messi himself, or with his father and agent, since the tearful media conference where he said goodbye to the club after 18 years.

There may well be people, especially on the Barcelona side, desperately trying to build bridges but the truth is that the response coming from the Messi camp is very cold indeed, and whatever happens he is going to need a lot of convincing if he is ever to return to the club as a player.

To all intents and purposes Messi's contract with PSG comes to an end in less than eight months. If Barcelona were really serious about bringing him back then negotiations between all parties would by now be well down the road.

At the moment there is nothing on the table, not even the merest hint of an offer, or the remotest sign of any commercial or financial strategy in place.

And can you blame him for thinking twice about a return?

Last season was traumatic, not just for Messi but his entire family, and one of the major reasons for that was the way his departure from the club was handled.

Back in December, before presidential elections had taken place, he had discussions with his family where he told them they would be staying at Barcelona. Such was his desire not to rock the boat that in the light of the crisis the club was suffering he agreed to a 50% reduction in wages to facilitate the deal which, incidentally, was the maximum in law he could be compelled to accept.

But not even that was enough to guarantee him staying, and just as he was ready to sign a new contract he was told by his father that Laporta had spoken to him and that it wasn't going to happen.

In the end it was Barcelona's sporting vice-president Rafael Yuste who broke the news to Jorge Messi about Laporta's U-turn.

Messi was left no choice other than to have another family meeting where he told them they would be leaving the club.

He felt betrayed because he had done everything possible to ensure he could stay at Barcelona and then, to add insult to injury, the club created a false narrative that Messi's people had already been in discussions with PSG and were now tying a contractual noose around Barcelona's neck.

The reality was simpler. Laporta had campaigned on a mandate that he would keep Messi at the club. Now elected, the club swiftly announced that the numbers did not add up.

Messi and his whole family put a brave face on when they arrived in Paris but it could not mask the reality that in a perfect world all the Messi family, at the time, would have preferred to stay in Barcelona.

For a month and a half his children had to live in a hotel which, luxurious as it was, was never a 'home' and far from ideal being one hour away from the training ground through the nightmarish Paris traffic.

Then he was injured, and caught Covid, which brought with it a few pulmonary complications which slowed him down.

How did he turn things around at PSG?

In Paris, the family found themselves a place they could call home, and established a harmonious routine which sees his wife Antonela now working and his children going to school where they are learning French and English.

He now looks comfortable on the pitch once again, playing where and how he wants, with most of the play going through him. It has benefitted the side even if it has also meant that both Mbappe and Neymar now have a slightly less influential role.

Physically he feels great. He trains in the afternoon at home, and although he had a bit of a problem recently with his calf he has only missed the one game - against Stade Reims - because of it.

He is back on form and knows he has to continue to play to maintain his sharpness, not just for the World Cup but also to keep the pressure on for PSG's pursuit of both the Ligue 1 title and their first ever Champions League crown.

Many believe that the Qatar World Cup could become Messi's 'last hurrah'. Others, myself included, feel it could also be a springboard to the next chapter of his great career, and confirmation he is still a long way from waving goodbye to the world of elite football.