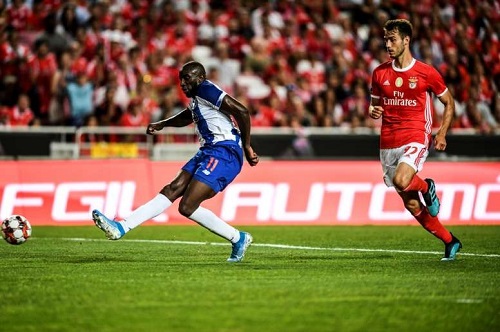 Portugal is set to resume its top-tier football division, the Primeira Liga on June 4, the country's football association said on Tuesday.

"The Liga Portugal announced this Tuesday in an official statement that the return of the Primeira Liga is scheduled for June 4th," the Portuguese Football Federation (FPF) said in a statement on its website.

This March the coronavirus pandemic forced the FPF to halt its 2019-2020 season.

"In order to ensure that the stadiums are strictly inspected and medical tests are carried out on all professionals involved in the games and their organization, the date of June 4, 2020 is set for the first game of the 25th round of the Liga NOS," Liga Portugal said.

This season Liga NOS saw a nail-biting race for the championship between two powerhouses, Porto and Benfica.

Once the league was paused for health reasons, Porto were the leaders, with 60 points from 24 matches.

Benfica were in a close second place with 59 points.

Portugal has so far reported 1,163 fatalities from coronavirus and 27,913 cases, according to figures compiled by the US’ Johns Hopkins University.

The Commissioner for Health in Lagos state said healthcare workers, as well as…

For the past two months, COVID-19 has been forcing us to live life differently.…