Quadruple dream for Liverpool over despite win over Wolves 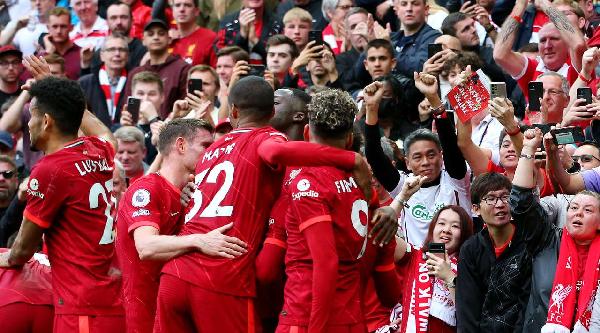 Liverpool defeated Wolves 3-1 at Anfield but their unprecedented quadruple bid is over after Manchester City beat Aston Villa to claim the Premier League title following a crazy final day.

The Reds made the worst possible start when Ibrahima Konate misjudged a long ball over the top, allowing Raul Jimenez to tee up Pedro Neto for a tap-in on three minutes.

Wolves threatened a second but then lost Neto to injury before the hosts dragged themselves level on 24 minutes.

Sadio Mane latched on to Thiago Alcantara’s sensational back heel to fire in his 23rd goal of the season and reignite belief within Anfield, which gathered momentum as news filtered through that City were trailing Aston Villa at the interval.

Liverpool struggled to find a way past an impressive visiting rearguard despite a dominant second half, but as City completed a remarkable revival, the hosts finally took the lead through substitute Mo Salah six minutes from time. It was the Egyptian's 23rd league goal of the campaign and secured a share of his third Premier League Golden Boot, alongside Tottenham's Son Heung-min.

Andy Robertson then put the seal on victory for the Reds but it was to no avail as City also triumphed to leave the Reds in second place, one point off top spot as the 2021-22 league season came to a close.

The defeat means Wolves failed to win any of their last seven league games and finish in 10th spot.