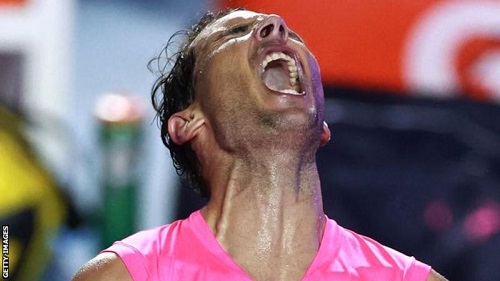 The 33-year-old Spaniard, who remains on course for his third Mexican title, cruised past the Bulgarian 6-3 6-2 in the semi-final.

He will face 22-year-old Taylor Fritz, who had to come from behind against fellow American John Isner 2-6 7-5 6-3 in Acapulco.

Fritz has never played Nadal, who has won every set on his way to his third Mexican final, 15 years after his first.