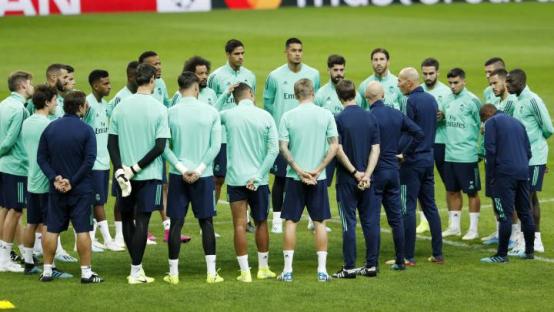 Real Madrid have announced that players, coaches and staff will take a pay cut to aid the club as they negotiate the coronavirus pandemic.

In a statement on their official website, the side announced that those involved in both the football and basketball side of the clubs have voluntarily taken a pay cut of between 10% and 20% depending on the course of the virus and the season.

The cut is in order to mitigate the impacts in the severe decline in commercial revenue that has hit Real Madrid and other football sides arising from the suspension of footballing activity for the foreseeable future.

The club said the move followed negotiations between the team captains --Â Sergio RamosÂ for the senior soccer side -- and club directors. It said the decision would save having to cut the wages of other employees.

Spain has been badly hit by the coronavirus outbreak with a death toll of 14,555. La Liga, as with most football around the world, is currently suspended and it is not known when, or even if, the season will re-start.

A statement from the club concluded:

The club wishes a speedy recovery to all the sick and wants to convey its deepest thanks to all those who are playing an essential, exemplary and supportive role in the fight against COVID-19.

From Real Madrid, all our support and strength with the conviction that together we will undoubtedly overcome this difficult moment.

The players at Barcelona and Atletico Madrid have also taken pay cuts and La Liga has asked other clubs to follow suit.

The Spanish sports daily Marca said that a 10 percent cut would save the club around 50 million euros.