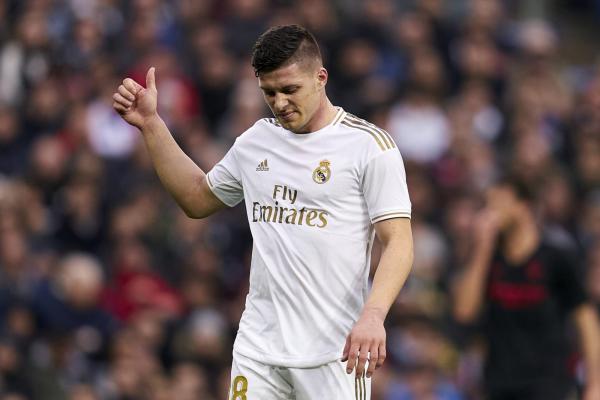 Real Madrid striker Luka Jovic is self-isolating as a precaution after being in contact with a friend who tested positive for coronavirus.

The Serbian has tested negative for the virus but must take the precautionary measure as part of government guidance to limit the spread of the virus.

The news was confirmed by Spanish TV station El Chiringuito on Wednesday with the player now likely to be unavailable for selection and training sessions with Madrid.

The title hopes of Real Madrid are unlikely to be derailed significantly by this latest development as Jovic has only played a bit-part role for Zinedine Zidane’s side this campaign.

Madrid are four points clear at the top of La Liga with just four rounds of action remaining and their next game is a home clash against Alaves on Friday evening.