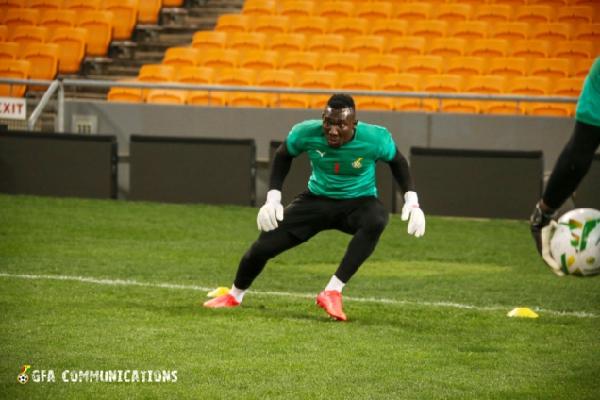 Richard Ofori says that the Black Stars did well in the first leg clash against Nigeria in the 2022 FIFA World Cup playoff despite the draw.

Ghana could not count on home support despite the Baba Yara Stadium being filled to capacity on Friday night in Kumasi.

According to the Orlando Pirates goalkeeper the team is relatively new and their performance was better than at the AFCON.

Speaking during the post match press conference Otto Addo says his players started well but were fatigued which opened the door for the visitors.

“ The guys did well, this is basically a new team, a lot of things have changed when you compare the performance of the AFCON to tonight’s display, hopefully we will win the second leg.”

The Black Stars dominated play in the first half and had some half chances but could not threaten the Nigerian defense as Ghana's attack was its weakest link on the night.

The reverse fixture will come off on Tuesday, March 29, 2022 at the Moshood Abiola Stadium in Abuja.