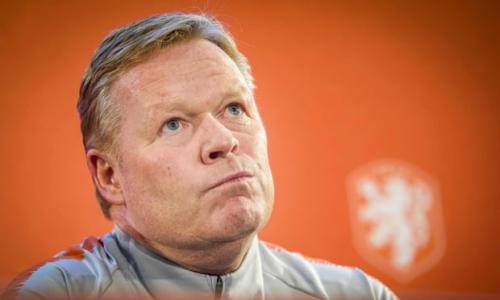 Ronald Koeman is set to be appointed the new Barcelona manager this week to take over from Quique Setién.

The former Barcelona player, and assistant manager, will leave his role as Netherlands coach to take over at Camp Nou in time for the new season.

Setién’s days looked numbered even before the humiliating 8-2 defeat against Bayern Munich on Friday and he will leave after seven uncomfortable months.

Barcelona finished five points behind Real Madrid in the league and lost to Athletic Bilbao at the quarter-final stage in the Spanish Cup. It is the first time in the past 12 years that the club have ended a season trophyless.

Koeman had already turned Barça down, in January, when the club were looking for a replacement for Ernesto Valverde, but this time he could not resist the challenge.

The original preference for the Barça president, Josep Maria Bartomeu, was to hire Mauricio Pochettino but some board members were against that considering the former Espanyol manager once said that he would rather go and work on a farm than manage Barcelona.