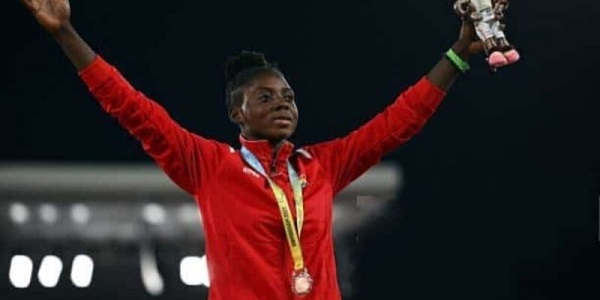 The Sports Writers Association of Ghana (SWAG) has lauded TEAM GHANA on its shinning performance at the 22nd edition of the Commonwealth Games in Birmingham.

Team Ghana won five medals at the Commonwealth Games. Abraham Mensah won silver in the bantam weight division while Joseph Commey grabbed silver in the featherweight division. Abdul Wahid Omar won a bronze medal in the lightweight division. Female athlete Deborah Acquah won bronze in the women’s long jump, leaping an impressive 6.94m to become the first female to win a medal at the Commonwealth Games. Joseph Paul Amoah won bronze in the 200 metres, becoming the first medalist in the event since 1974.

In a statement signed by the President Kwabena Yeboah, SWAG asserted despite the scant support offered the athletes before such a global international competition as the Commonwealth Games, Ghana’s long suffering athletes, as usual, went through great sacrifices to hoist the flag of Ghana on the international stage.

“We at SWAG are truly proud of your achievements amidst very limited support from officialdom. Undoubtedly, you will scale greater heights with meaningful state backing,” the statement emphasized.

SWAG urged the Ministry of Youth and Sports, the National Sports Authority (NSA), the Ministry of Finance and indeed all allied agencies to offer our Sportsmen and Sportswomen the needed support as the Africa Games draws even closer.

“The nations that hauled gold at the Commonwealth Games invested enormous resources in infrastructure and personnel. Their success story is not hinged on luck nor mere wishes. If Ghana has any intentions of a triumphant Africa Games, significant resources would have to be invested now,” the statement said.

“We find it unconscionable that so much demand is made of our sportsmen and sportswomen on the global stage when we invest very little or nothing towards their preparations. The Africa Games are barely a year from now and the time to invest is now,” the statement emphasized.

SWAG lamented the disqualification of Ghana’s men’s 100×4 team and called for a thorough investigation into the awful incident.

“It’s such a shame our gold hopefuls who had spent years preparing for this once in a life-time opportunity should suffer such ignominy through no fault of theirs. We expect a rigorous and exhaustive investigation into this matter to ensure it does not recur,” the statement emphasized.

The SWAG also finds it most regrettable the disqualification of Ghana’s light heavyweight boxer Shakur Samed for using a banned substance.

” A comprehensive investigation into the matter will help our sportsmen and sportswomen avoid such embarrassing situations ” , the Statement added

SWAG wished Joseph Commey who failed to fight for gold in the featherweight division because of sudden illness well as he recuperates.