Tyson Fury, David Haye and other heavyweights reveal how it feels like to be punched by Deontay Wilder 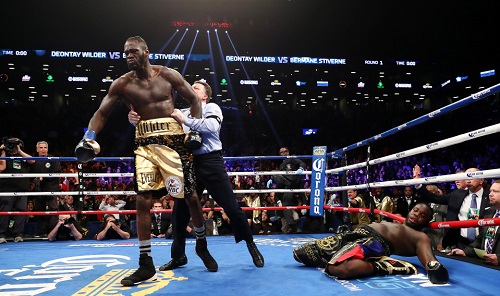 Deontay Wilder ended his professional rivalry with Luis Ortiz once and for all by knocking out the Cuban again on Saturday night.

The American retained his WBC heavyweight world title at the MGM Grand in Las Vegas in a rematch of their epic encounter 18 months ago in Brooklyn.

Although the ‘Bronze Bomber’ was visibly stunned in the seventh round at the Barclays Center in March 2018, he recovered superbly to extinguish the fight completely from his opponent.

Wilder’s power is the stuff of legend and the 34-year-old put it on show once again in his win over Ortiz in Vegas.

So just how powerful is the ‘Bronze Bomber’ and what is it like to take one of his punches flush?

Below, talkSPORT.com have assembled a series of quotes from previous sparring partners and opponents to have shared a ring with the knockout artist.

Check out what they had to say below. 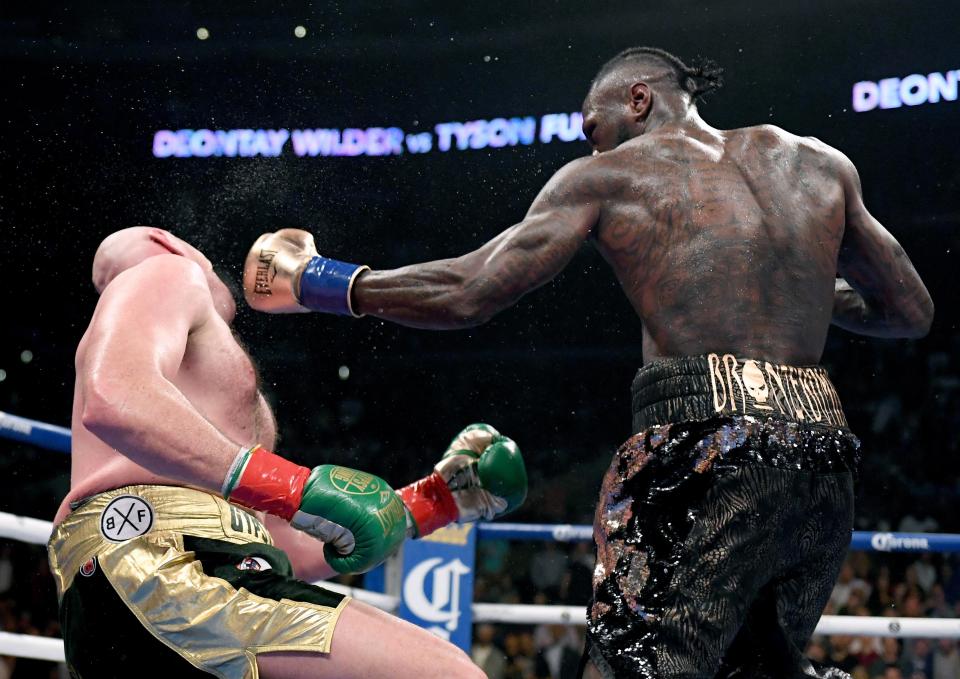 “It’s no secret that [Anthony] Joshua did not want this fight,” Fury said after surviving two knockdowns in his dramatic draw with Wilder in December 2018. “And he didn’t want it for a reason.

“Because Deontay Wilder is the most fiercest puncher in boxing history, in heavyweight division history.

“And I saw that tonight and I felt it, now wonder AJ didn’t want no part of that right hand!

“He can’t move like me, he would have been nailed.”

“I’ve hit Deontay Wilder on the chin with shots that would have knocked out most heavyweights and he’s been able to stay on his feet.

“He may get buzzed, but he’s still on his feet and he was firing back.” 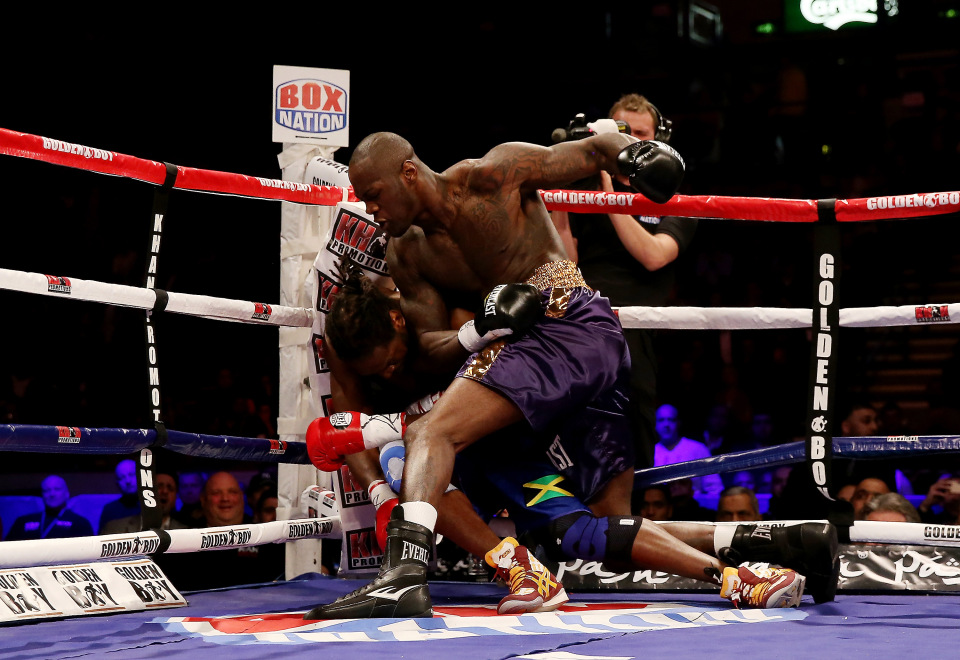 He said of WIlder: “Hard as nails. I had him in camp for sparring a year before we fought and he was over for about five weeks to prepare me for David Price.

“He almost had my eye out in sparring one day — he caught me with this shot and it nearly detached my retina and suddenly I had to stop training for eight or nine days.

“Aside from the power, Wilder is unique. He is very tall, very fast and very unorthodox in how he moves — you cannot pin him down.

“He can actually be quite ungainly but he is effective because he has that explosive hand speed. His punches come at you so fast — when the right hand caught me that ended the fight, I didn’t even see it coming. The punch came at such an unusual angle and so fast there was no getting out the way.

“One thing people don’t usually say about him and they should is that his jab is very good. But that right hand is the thing.

“Deontay is very unorthodox, has huge power, more agility than most and is probably the fastest heavyweight on the planet,” he told the Daily Mail. “And he is mean — really mean.

“I have boxed with Deontay 10 years — sparring and in our fight — and his skill is underrated. People don’t want to believe he is this good, but believe me, he is.

“When we fought he caught me on the temple with a left hook and then a right down the middle. People say they weren’t clean hits but he has that power to put you on the ground.

“In the ring he is a hard guy to predict. He can box but he can go berserk, go wild, you know.

“He goes beyond Mike Tyson in some ways — Tyson would sometimes let someone take a clinch on him and take his time on them. Deontay doesn’t do that. He doesn’t let you waste the clock, he gets straight on you, tries to smash you. 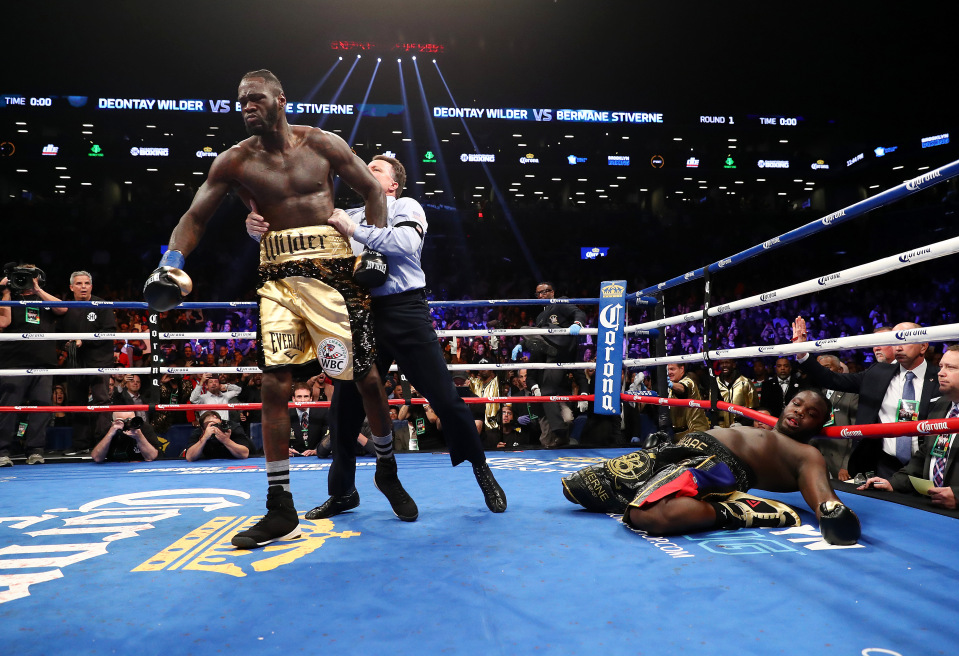 “This was my first fight of this level and I was really impressed,” said the heavyweight, who was knocked out by Wilder in 2015. “I faced a boxer they were selling like the new Mike Tyson and who had knocked out all his opponents so it was enough to make me hesitate before accepting.

“His confidence in himself is his biggest strength. He has a big heart and of course a lot of punch — more than any opponent I ever met in combat or in sparring.

“There’s no question he is the hardest puncher in the division.

“His biggest weakness is his passion. He wants it all so he makes mistakes and exposes himself — he did it against me and he has shown that against Luis Ortiz and Eric Molina, but his power has always saved him.” 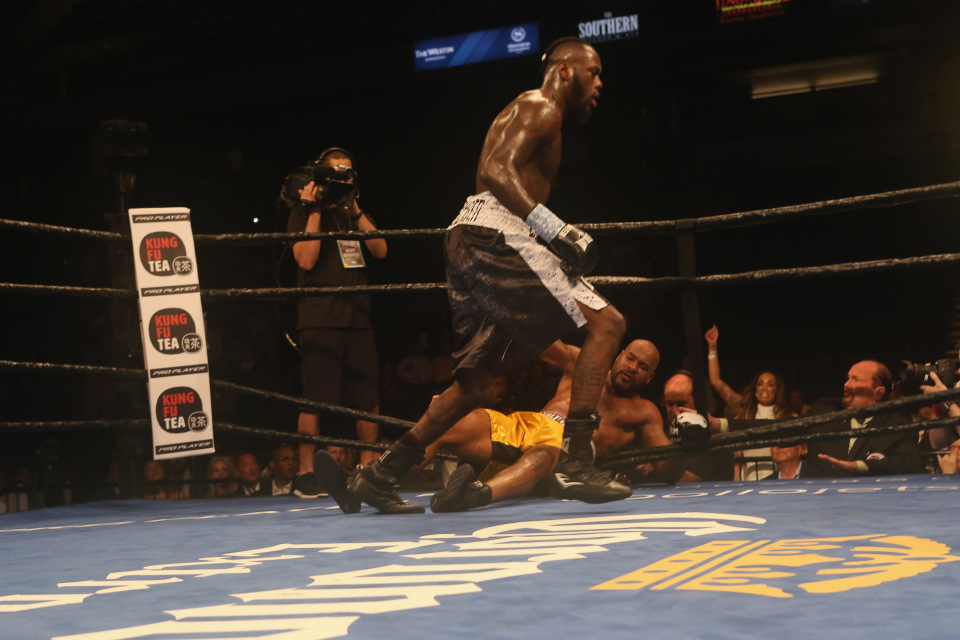 “He’s hurt a lot of guys,” who was defeated by TKO against WIlder. “He didn’t catch me like he caught (Bermane) Stiverne and some other guys where it was scary. I’m grateful I didn’t get caught like that.

“I’m not going to say he’s the hardest puncher ever or anything like that but he has crack in his shots.

“And he does it with both hands. They say watch out for his right hand but he almost took Tyson Fury’s head off with a left hook.

“When he throws with all his might, when he lets them go, he’s special.”

“Wilder could knock out a bull if he hit it in the head. It’s just a matter of ‘when’ in that fight,” he told FightHype.com.

“If he touches anybody with that right hand, on any part of the head, they’re going to dance or go down and go to sleep. It is what it is.”