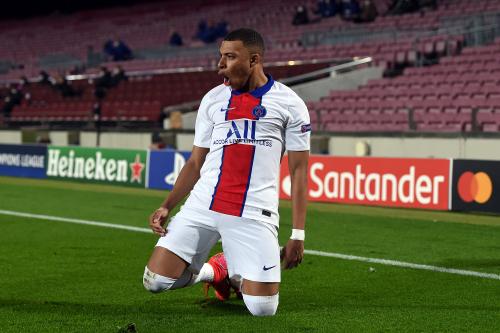 Lionel Messi opened the scoring from the penalty spot in the first half after a trip on Frenkie de Jong by Layvin Kurzawa, but it was PSG who created the better of the chances throughout the game. And the visitors deservedly equalised when Kurzawa and Marco Verratti combined to set up a chance and Mbappe’s quick feet and powerful finish left the Barca defence looking bemused as the ball nestled in the back of the net.

PSG carried on where they left off after the break and extended their lead when Mbappe slotted home his second of the night with just over an hour on the clock. Moise Kean added the third, heading home unmarked from a free-kick, and Mbappe completed his hat-trick on 85 minutes with a sumptuous finish at the end of a blistering counter-attack.

The away win leaves PSG in complete control of the tie ahead of the second leg in Paris on March 10. 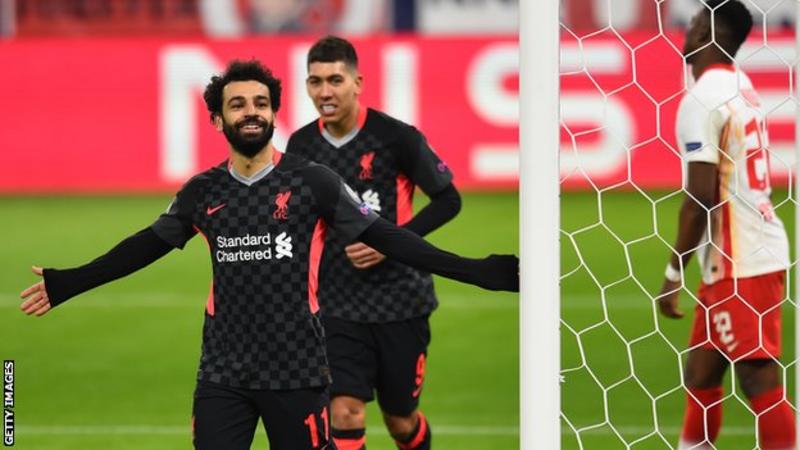 Elsewhere, Liverpool ended their dire recent run with a confidence-boosting victory over RB Leipzig to give themselves a superb chance of reaching the last eight of the Champions League.

Playing the away leg in Budapest's Puskas Arena because of Covid-19 restrictions, the Reds struck twice in five minutes near the start of the second half, in both cases following defensive errors from the German side.

Mohamed Salah showed superb awareness to quickly latch on to a loose back-pass before finishing neatly.

Sadio Mane was then equally alert to take advantage of a fluffed attempted clearance from Nordi Mukiele to charge through and side-foot past Peter Gulacsi.

In what had been a fast-paced match between two high-pressing sides, the Reds' greater experience and quality had started to tell before the break.

However, they were fortunate not to fall behind inside five minutes when Dani Olmo's header from an Angelino cross struck the base of the post.

Having managed the game well after going 2-0 up, Jurgen Klopp's side will defend their advantage at Anfield on 10 March, when they will be firm favourites to go one round further than they managed last season.