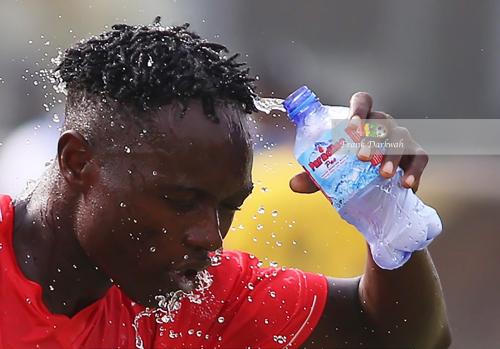 Asante Kotoko are now third on the Ghana Premier League standings after beating Ebusua Dwarfs in an outstanding fixture.

The game which was initially scheduled for Saturday, January 2,2020 was postponed as a result of Asante Kotoko's participation in the Total CAF Champions League, finally came off today as the Porcupines picked up the maximum points at Cape Coast Stadium.

A Christopher Nettey's second-half strike inflicted a 1-0 defeat to the home side. The right-back latched onto Patrick Asmah's cross to power a low header into the net from close range.

Before the match Dwarfs coach, Ernest Thompson bragged about how he was going to stop Kotoko from even picking a point in the game.

“My outfit is fully prepared, well focused and their concentration is on the game. Playing against Asante Kotoko is a normal game,” he said.

“Kotoko is one of the teams playing in the Ghana premier league not a team from space”.

Kotoko will on Sunday host Aduana Stars at the Accra Sports Stadium at 6 pm after Dwarfs had played WAFA at the Cape Coast Stadium at 3 pm.