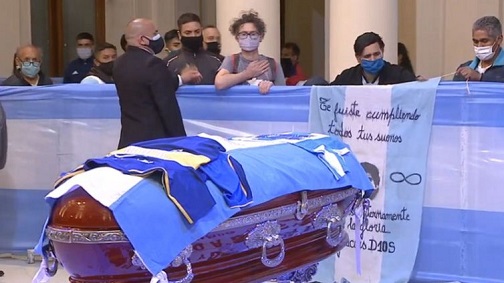 Football legend Diego Maradona has been buried in a private ceremony after a day of emotional scenes in the Argentine capital Buenos Aires.

Only around two dozen relatives and close friends attended the final ceremony on Thursday.

But earlier huge crowds turned out to pay their respects, with many weeping, blowing kisses and praying as they filed past his coffin.

Maradona died of a heart attack on Wednesday aged 60.

His death triggered mourning around the world but nowhere was it felt more fiercely than in a country that saw him as a national hero. 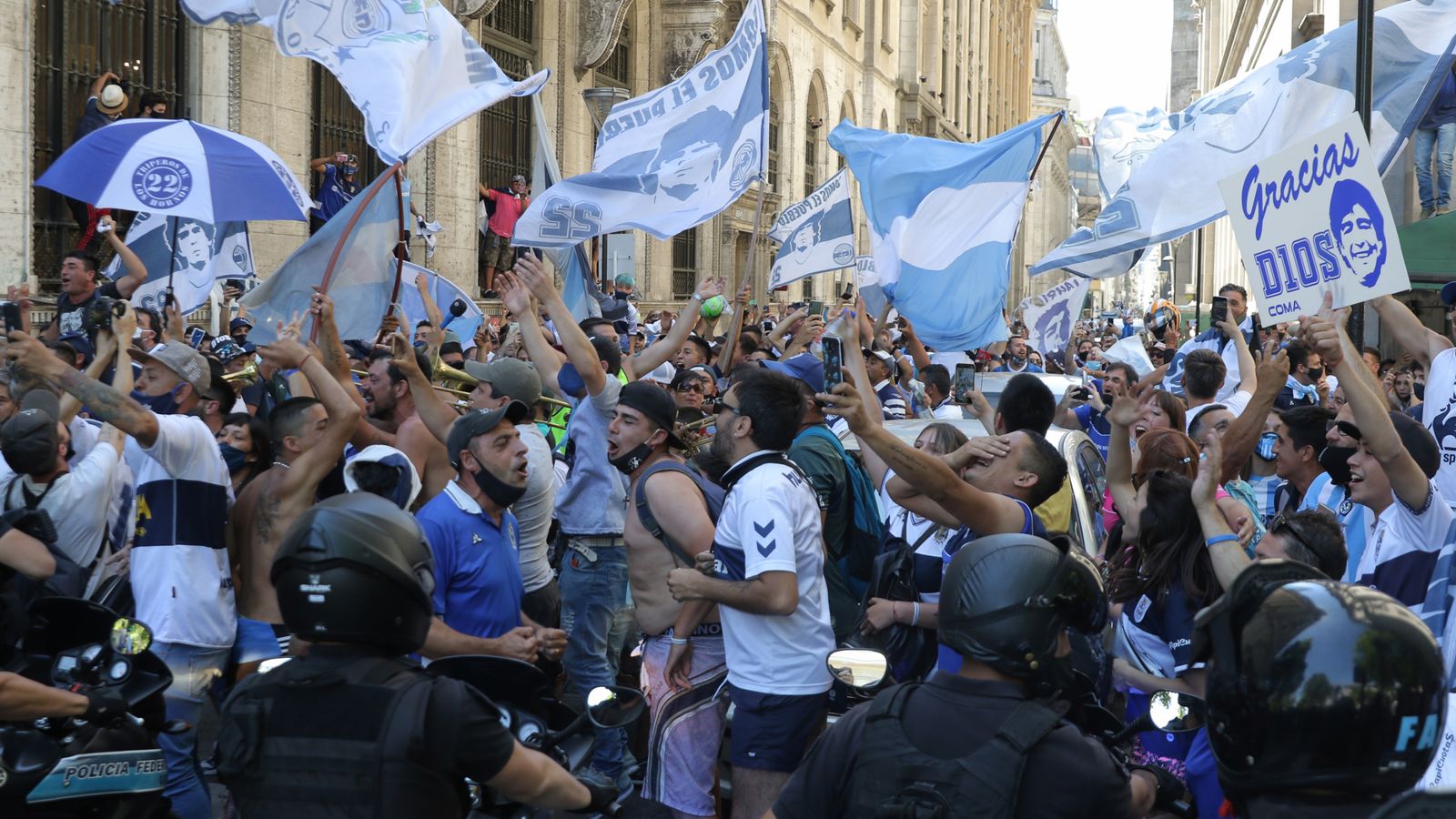 Maradona's coffin - draped in Argentina's national flag and football shirt, bearing his trademark number 10 on the back - was on public display at the presidential palace on Thursday.

By mid-afternoon queues stretched back for more than a kilometre, and police clashed with mourners as they tried to close off the palace in anticipation of the wake scheduled for 16:00 local time (19:00 GMT). 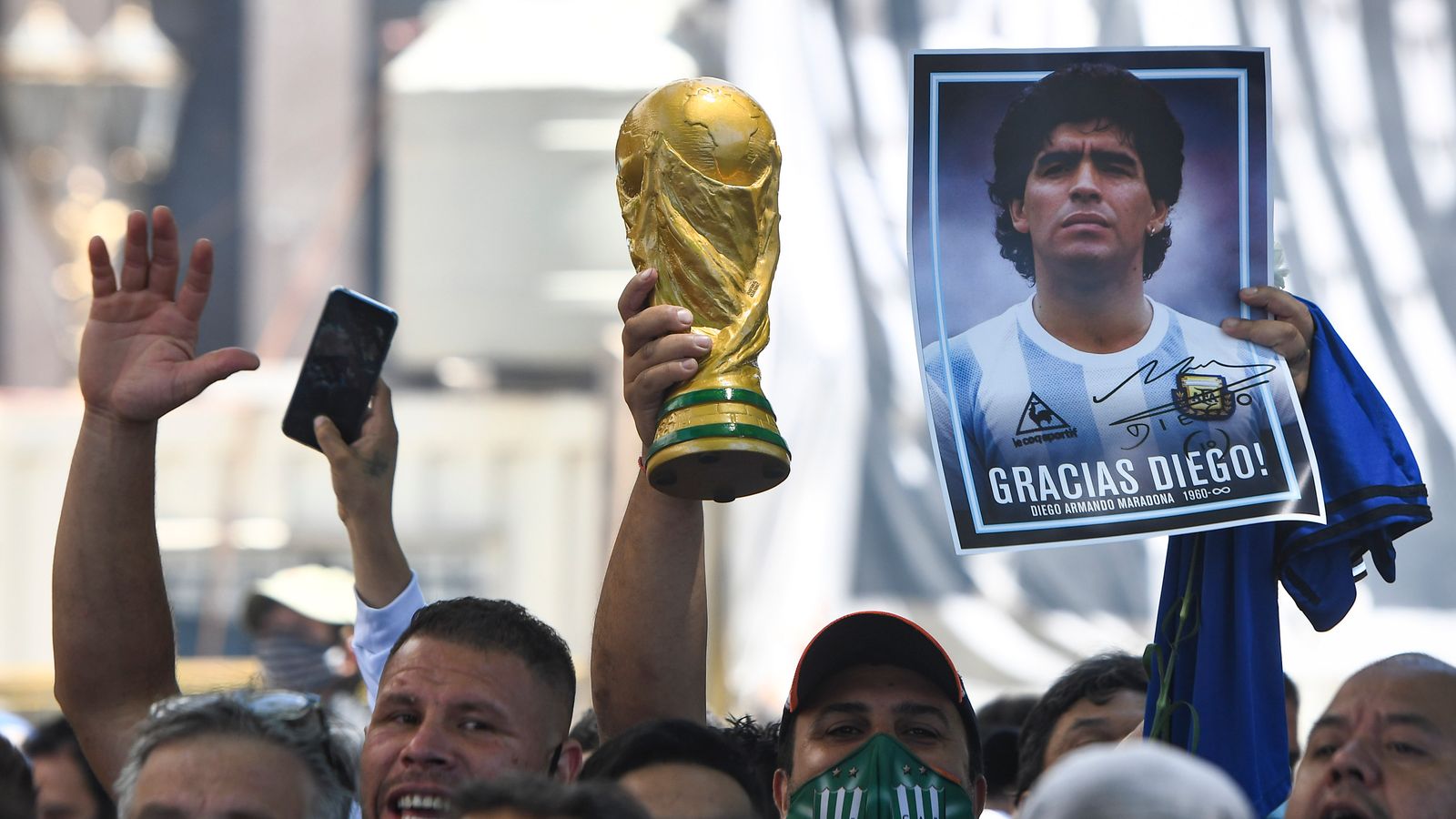 There were reports of tear gas and rubber bullets being used as officers in riot gear struggled to hold back the crowd.

One well-wisher, RubÃ©n HernÃ¡ndez, thought the police had overreacted.

"We were calm lining up and suddenly, the police started to fire rubber bullets," he said, quoted by Reuters news agency. "Crazy, I just want to say goodbye to Diego."

Authorities were eventually forced to stop public viewing of the coffin to keep the peace. 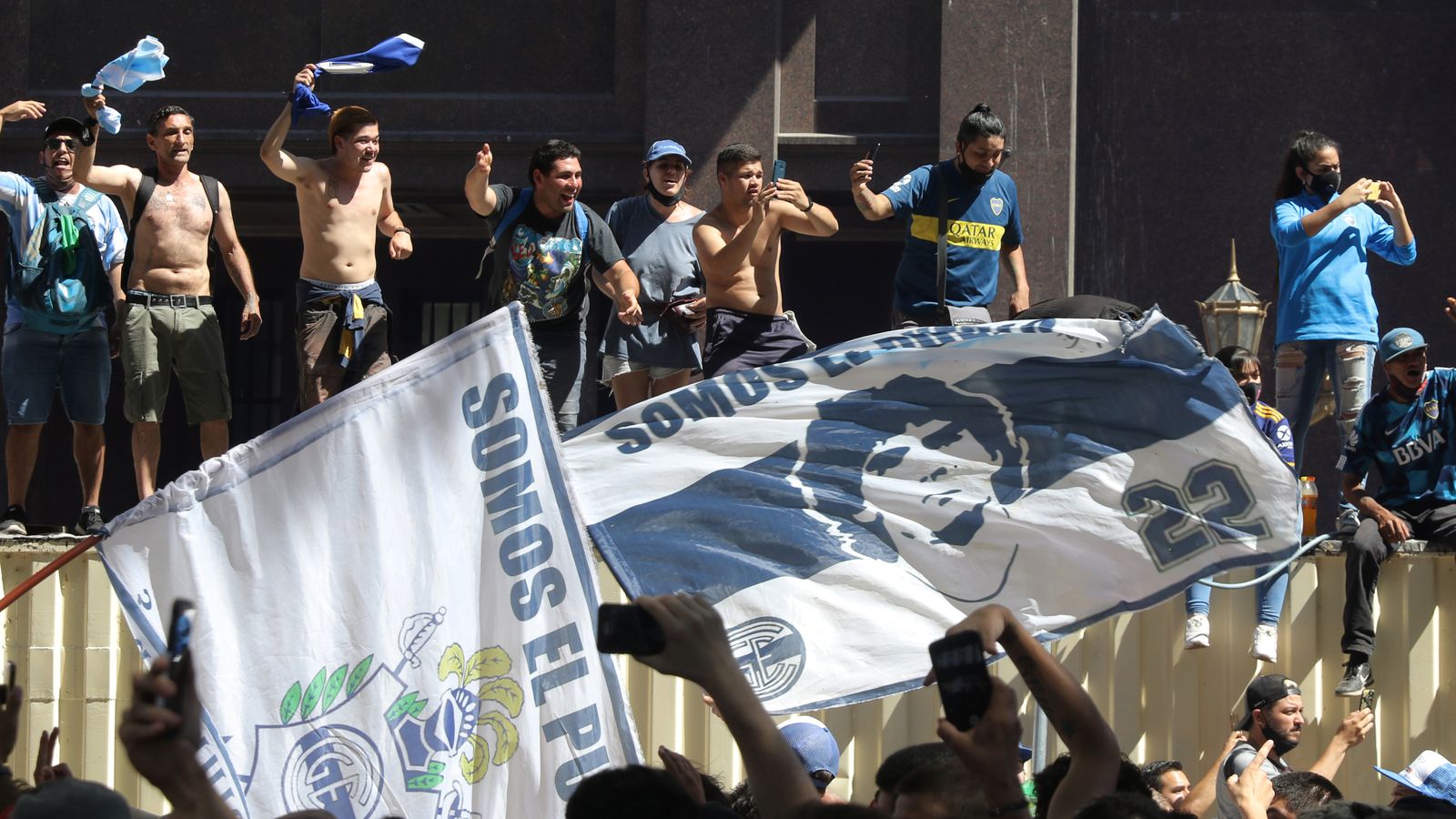 The motorised funeral cortege drove his body to the Bella Vista cemetery on the outskirts of the city, where he was buried next to the graves of his parents.