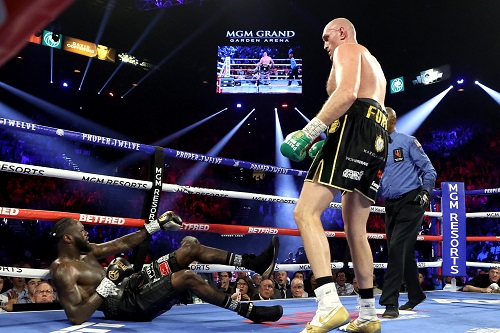 Tyson FuryÂ has beatenÂ Deontay WilderÂ to become the new WBC heavyweight champion of the world.

Fury produced a stunning performance in Las Vegas, dropping the Wilder twice before the American'sÂ team threw in the towel in the seventh round.

He hands Wilder the first loss of his professional career and ends his five-year reign as champion, sealing his own return to the summit of boxing.Â Â

Fury bullied the man widely regarded as one of the biggest punchers the division has ever seen, nullifyingÂ the threat that had seen Wilder rack up 41 knockout wins from 43 fights.

Wilders team throw the towel in round 7 Tyson Fury is now the WBC & Ring Magazine heavyweight championship of the world’ #WilderFury2 🇺🇸🇬🇧 pic.twitter.com/hRKa0yvaHb

The mauling continued with Wilder unable to clear his head as Fury continued the brutal assault. In the fifth, he was down again, rocked again in the opening seconds of the seventh with a vicious left hook.

The end was near, and as Fury backed his man into the corner landing unanswered hooks, the towel came in. 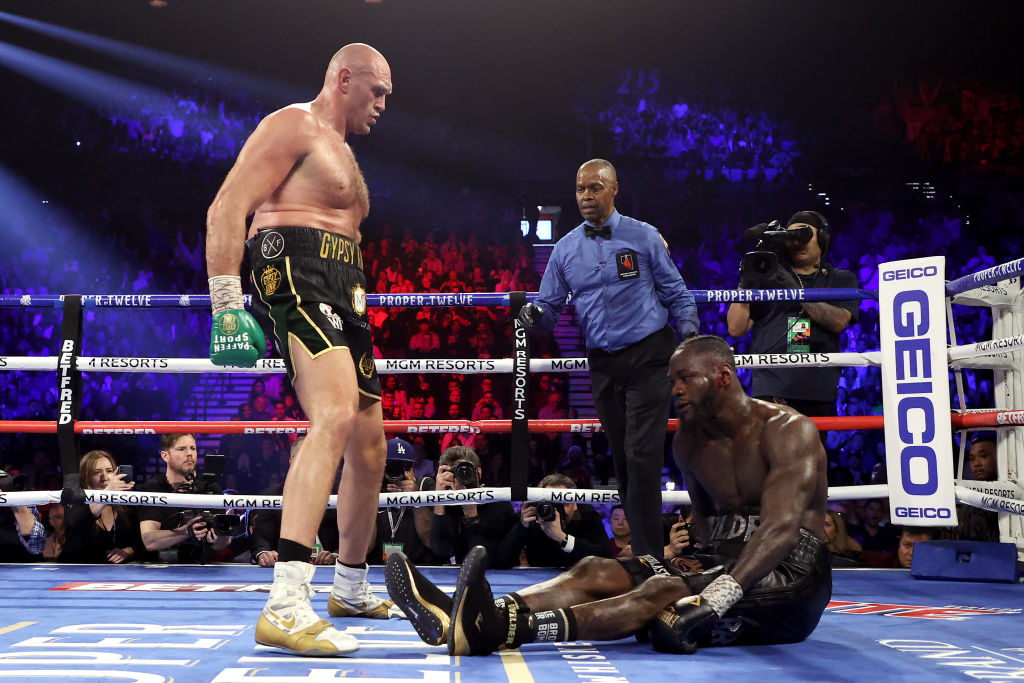 Fury previously ruled the heavyweight division after beating Wladimir Klitschko in 2015 before his world fell apart. The Manchester fighter fell into a spiral of depression and drug addiction, contemplating suicide less than a year after becoming heavyweight champion.

Fury emerged from a torturous spell in his life in 2018, slimming back town after ballooning to 27 stone during his time away from the ring.

After a sharing a split decision draw with Wilder in their first bout in December 2018, Furyâ€™s bid for redemption came full circle in Las Vegas tonight.

Last October, Fury revealed he planned to retire from boxing after three more fights. With one of those ticked off, a unification bout with IBF, WBO and WBA (Super) championÂ Anthony JoshuaÂ surely looms on the horizon.Â

"I'm ready to go out on my shield." - @BronzeBomber