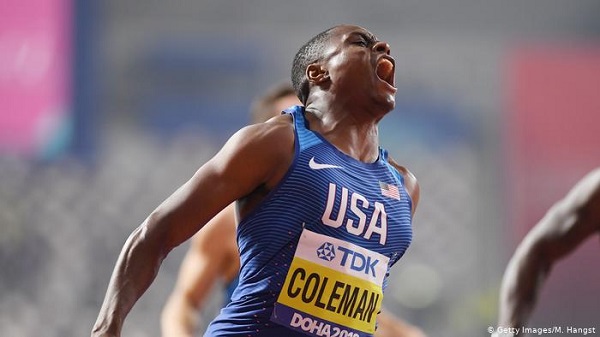 The Athletics Integrity Unit has confirmed a provisional suspension for Christian Coleman. The US sprinter could now miss the Tokyo Olympics in 2021.

In a tweet, the AIU said it had administered "a provisional suspension against Christian Coleman of the USA for whereabouts failures, a violation of the World Athletics Anti-Doping Rules."

The AIU confirms a provisional suspension against Christian Coleman of the USA for whereabouts failures, a violation of the @WorldAthletics Anti-Doping Rules.
Find out more ⬇️https://t.co/opInfkVlnV#AIUNews#CleanSport pic.twitter.com/JPMAh41Eke

Coleman, 24, detailed his latest missed test on Tuesday in a long post on his Twitter account. He admitted the December 9 test was his third infraction over a 12-month period. He also missed tests on January 16, 2019, and April 26, 2019.

Coleman protested his innocence in the social media post: "I have never and will never use performance enhancing supplements or drugs. I am willing to take a drug test EVERY single day for the rest of my career for all I care to prove my innocence."

The favorite to land gold over 100 meters at next year's Olympics insisted a phone call from testers, while he was out Christmas shopping, could have prevented the misunderstanding about his whereabouts.

"I was more than ready and available for testing and if I had received a phone call I could've taken the drug test and carried on with my night," he said.

"I was only made aware of this attempted drug test the next day on December 10th, 2019 by the AIU when I got this failed attempt report out of nowhere."