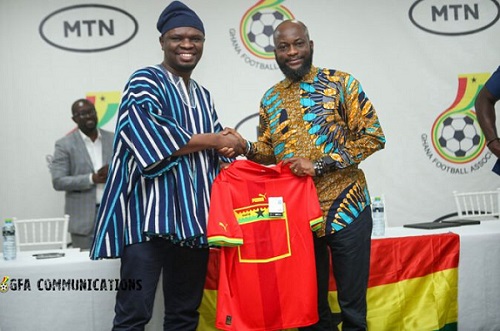 "This support is timely and will significantly boost the Black Stars preparations towards achieving our target of going all the way in Qatar" the Yagaba-Kubore lawmaker said.

"As I have often said, there is a direct correlation between corporate sponsorship and performance in sports and in this case, the Black Stars.”

‘’Ghana’s historic qualification and performances at the FIFA World Cup since 2006, have largely been enhanced by the support of corporate Ghana. I am confident that this latest show of faith by MTN will motivate the team to Qatar and beyond’’.

The Minister further stressed that it is also important for the huge investment to be put to judicious use so that it will make the desired impact on the team.

The GFA and MTN on Thursday, November 3 signed a 1-year sponsorship deal at the headquarters of the football association worth  $2M.

Black Stars will play Switzerland in an International friendly on November 17, before travelling to Qatar for the World Cup.