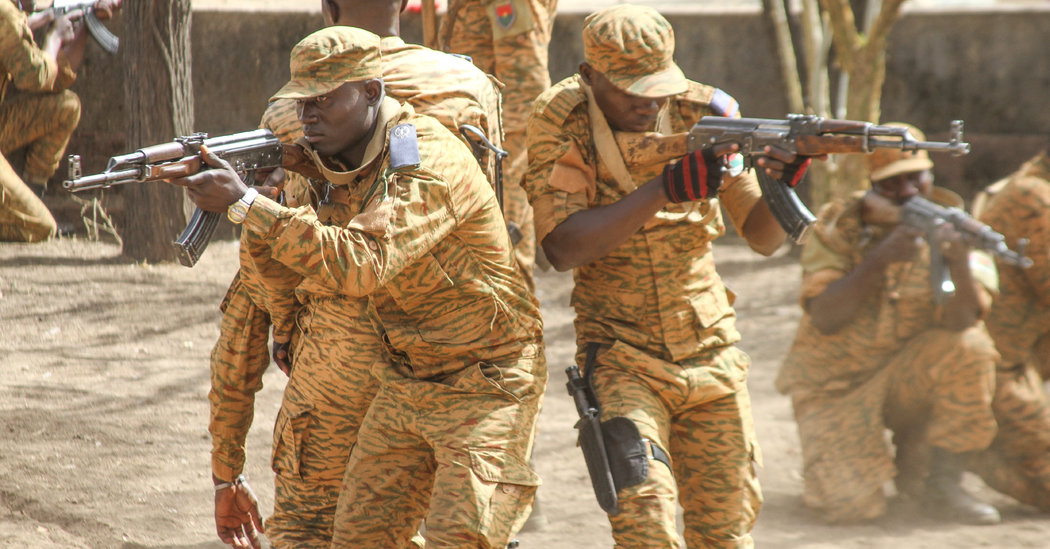 The ambush, which also wounded 60 people, was the third deadly attack on the Semafo mining company in 15 months.

Gunmen in Burkina Faso killed at least 37 people on Wednesday in an attack on a convoy carrying employees, suppliers and contractors of a Canadian mining company, one of the deadliest episodes in a recent tide of violence that has gripped the West African nation.

The mining company, Semafo, which is based in Montreal, said that five buses escorted by Burkina Faso’s military were attacked while traveling to the Boungou mine, an open-pit gold mine in the eastern part of the country. They were on their way from the city of Fada-Ngourma, about 25 miles away.

Lt. Col. Saïdou T.P. Sanou, the governor of the country’s eastern region, confirmed the death toll in a statement and said that another 60 people had been wounded, but he offered no information about the victims’ identities.

Recent violence in Burkina Faso, a nation once known for its relative calm, has forced hundreds of thousands of people to flee their homes, triggering a sudden humanitarian crisis. Between Aug. 6 and Sept. 30 alone, international organizations estimate, at least 26 military personnel were killed and 25 injured in attacks.

Terrorist groups including the Islamic State in the Greater Sahara and Ansaroul Islam are known to be active in the north of Burkina Faso.

But attacks in the east and other parts of the country have, like Wednesday’s attack, gone unclaimed. Some analysts believe those attacks may be motivated by score settling, ethnic tension, monetary gain or personal disputes rather than terrorism driven by ideology or religion.

As the attacks have escalated, several military outposts in the northern part of the country have been abandoned by poorly trained and ill paid security forces.

Wednesday’s assault was the third deadly attack in 15 months against Semafo, which also operates a second mine in Burkina Faso. In December 2018, five people traveling to Boungou were killed in nearly the same spot. And in August of last year, Semafo said that a bus headed to the company’s other mine was held up by criminals and that gunfire was exchanged.

After those attacks, Semafo began moving foreign employees by helicopter between Burkina Faso’s cities and its mines. It also said that it had tightened protection for locally hired employees who continued to travel by bus.

Semafo said Wednesday that the Boungou mine, which opened in September 2018, had been secured and its operations were not affected.