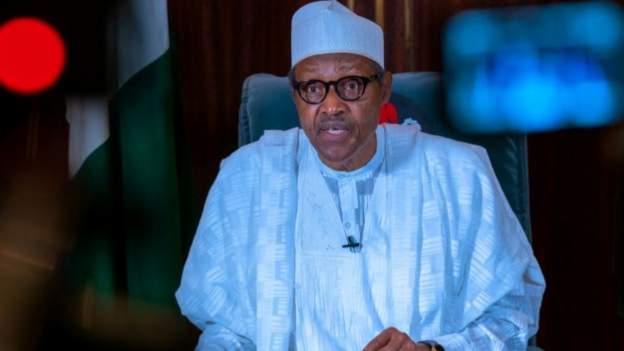 Nigerian President Muhammadu Buhari has appealed for unity as the country celebrates its 60th independence anniversary.

Millions of people are believed to have been killed before the war ended in 1970.

Tensions have persisted between the north and south and there have been rivalries between ethnic groups.

''An underlying cause of most of the problems we have faced as a nation is in our consistent harping on artificially contrived fault-lines that we have harboured and allowed unnecessarily to fester,'' President Buhari said in a televised address on Thursday.

He promised to consolidate Nigeria’s democracy and called for patriotism.

The president suggested that Nigeria’s population - now around 200 million and projected to be the third highest in the world by 2050 - is both a challenge and an asset for the country.

The president said Nigeria’s revenues dropped by 60% this year largely due to the fall in global oil prices in the wake of the coronavirus pandemic.

He defended his government decision to withdraw a fuel subsidy which saw fuel prices rise by 11% in recent weeks. He said the subsidy was unsustainable.

Mr Buhari said his government had managed to keep the economy moving despite lean resources and what he called "disproportionate" spending on security problems.