Death toll in DR Congo violence rises to over 30 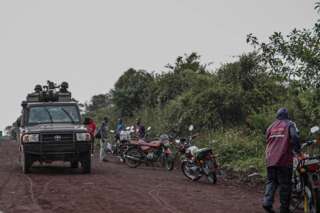 At least 31 people including children are now known to have been killed in the last week during renewed fighting in eastern Democratic Republic of Congo.

The UN says intense clashes between the Congolese army and several rebel groups have spread to the Beni territory where five bodies were recovered on Wednesday.

Locals say the death toll might be even higher as dozens of people are still missing.

More than 700,000 people have fled their homes in Ituri and North Kivu provinces since the beginning of this year.

This brings to six million the total number of people displaced by armed conflict in DR Congo, which the UN says is among the worst humanitarian crises in the world.

The Congolese army is battling dozens of armed rebel groups in the east.

Many of them had been dormant since the end of the country’s civil war in 2003 but have recently re-emerged.