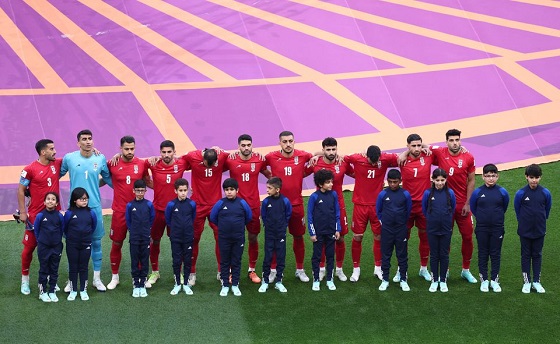 Iran's national soccer team chose not to sing their country's anthem before their opening World Cup match against England on Monday, in an apparent show of support for protesters back home.

All of the starting 11 players were silent as the anthem was played at the Khalifa International Stadium.

More than two months of nationwide protests, sparked by the death of a young woman in the custody of the morality police, are among the boldest challenges posed to Iran's clerical leaders since the 1979 Islamic Revolution.