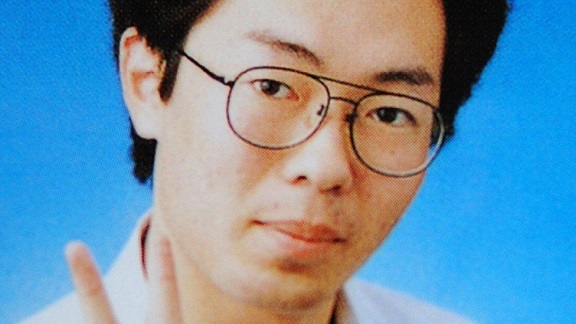 Japan has executed a 39-year-old man who killed seven people in Tokyo in 2008 during a stabbing rampage.

Tomohiro Kato committed one of the most shocking mass murders in the country's recent history.

He was 25 when he drove a truck into a lunch-time crowd of pedestrians at Akihabara shopping district, killing three people.

He then stabbed passers-by with a dagger, killing four and wounding eight.

He was apprehended by police at the scene and later admitted his crimes in his trial, saying he had been angered by online bullying.

The crime sparked much debate in Japanese society at the time over random killings, online influence and the failures in mental health support for young people. Laws on knife ownership were also tightened in response.

On Tuesday, eight years after Kato was sentenced to death, the government confirmed it had ordered his execution.

"The case has been fully tried in the courts and the courts' final conclusion was the death sentence... I have taken the greatest care possible in considering this case," Justice Minister Yoshihisa Furukawa said at a press conference. 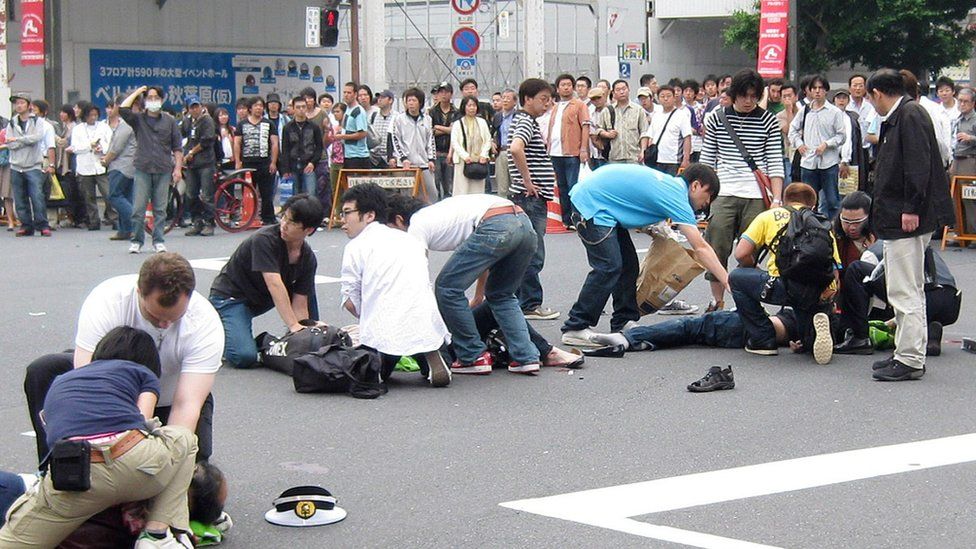 Kato was hanged in the Tokyo Detention Centre. He lost his challenge to commute the sentence in Japan's top court in 2015.

Kato told police at the time of his arrest: "I came to Akihabara to kill people. It didn't matter who I'd kill."

Kato was born into a wealthy family and graduated from a top high school. But he failed his university entrance exams and struggled to maintain steady employment afterwards.

During his trial, prosecutors also painted a picture of a troubled young man, who had posted several times in online forums about his anger and alienation from society.

Prosecutors said Kato was particularly demoralised after a woman he was chatting with online stopped emailing him. On his way into the city the day of the attack, he'd declared his intention to carry out a mass murder.

The Tokyo District Court which sentenced him in 2011 said his brutal crime had not indicated "a shred of humanity".

Japan remains one of the few developed countries that still uses the death penalty despite criticism from international and local human rights groups.

Mr Furukawa defended his country's use of capital punishment on Tuesday saying: "Since there is no end to heinous crimes, I regret death penalties remain necessary. Therefore abolishing the penalty is not appropriate."

Japan resumed executions when Prime Minister Fumio Kishida came to power in late 2021. Before that, the country had not carried out any executions for two years.