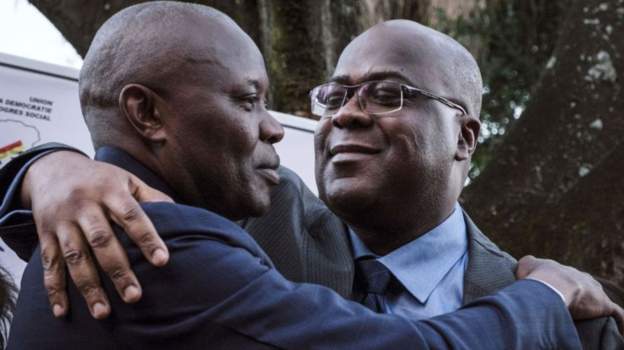 The chief of staff to the president of the Democratic Republic of Congo was arrested on Wednesday in the capital, Kinshasa, after hours of questioning into the alleged misappropriation of funds.

Vital Kamerhe was questioned over his role following allegations of corruption in infrastructure projects that fell under his remit during the first 100 days of President FÃ©lix Tshisekedi's term last year.

He was driven after questioning to the city's main jail, Makala Prison, where he spent the night.

It is unclear whether charges will be brought against him.

A spokesman for President Tshisekedi is quoted by the AFP news agency as saying that "the president does not comment on the decisions of the justice system".

Mr Kamerhe's supporters protested in his hometown, Bukavu, in eastern DR Congo and blocked the road outside his party headquarters, AFP reports.