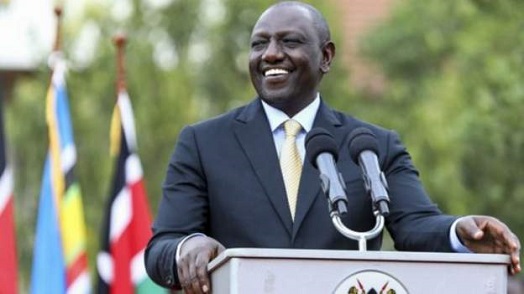 Details of the contract haven't been made public, but previous presidential inaugurations have been covered jointly by local media at no cost to the government.

The announcement has been met by protests by local journalists and media organisations, with the leading Daily Nation newspaper accusing the president-elect of wasting "opportunities to rise to statesmanship".

READ ALSO: President Kenyatta has not seen it fit to congratulate me - William Ruto

"The optics of giving a foreign broadcaster the sole responsibility to cover a state function are cringeworthy," it wrote in Monday's editorial.

Mr Ruto's communications team has defended the decision, saying the contractor will "provide a channel for the rest of Africa".

They have also accused local media of bias against Mr Ruto, pointing out to critical coverage of his campaigns and his Kenya Kwanza (Kenya First) coalition.