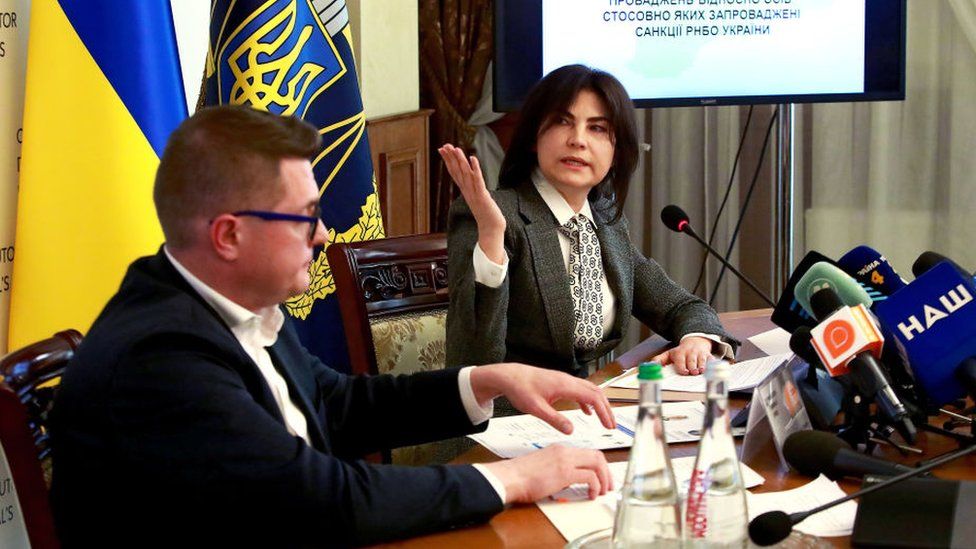 President Volodymyr Zelensky has fired the head of Ukraine's security agency (SBU) and the prosecutor general, citing many cases of treason in the two powerful organisations.

He said more than 60 former employees were now working against Ukraine in Russian-occupied areas.

A total of 651 collaboration and treason cases had been opened against law enforcement officials, he added.

The sacked officials, Ivan Bakanov and Iryna Venediktova, have not commented.

In his video address late on Sunday, Mr Zelensky said: "Such an array of crimes against the foundations of the national security of the state... pose very serious questions to the relevant heads [of the two organisations].

"Each of these questions will receive a proper answer," the Ukrainian president added.

The sacking of SBU chief Ivan Bakanov, a childhood friend of Mr Zelensky's, follows the high-profile arrest of a former SBU regional head in Crimea, annexed by Russia in 2014. Oleh Kulinych is suspected of treaso