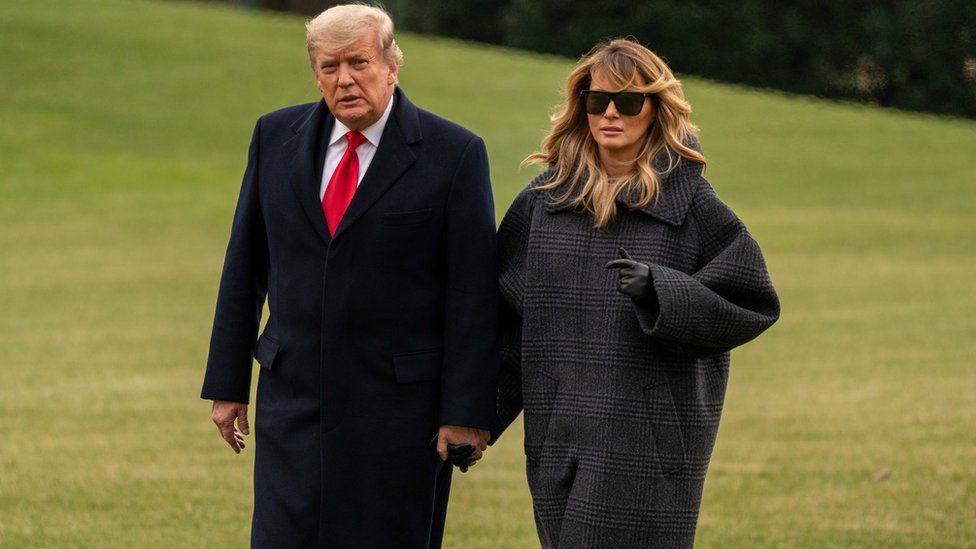 The US Congress has overturned President Donald Trump's veto of a defence spending bill, the first time this has happened in his presidency.

The Republican-controlled Senate held a rare New Year's Day session to debate the move, which had already been voted for by the House of Representatives.

Mr Trump, who leaves office in a few weeks, objected to certain provisions in the bill.

The Senate voted 81-13 for the National Defense Authorization Act (NDAA) - a two-thirds majority is required to override a presidential veto in both chambers. 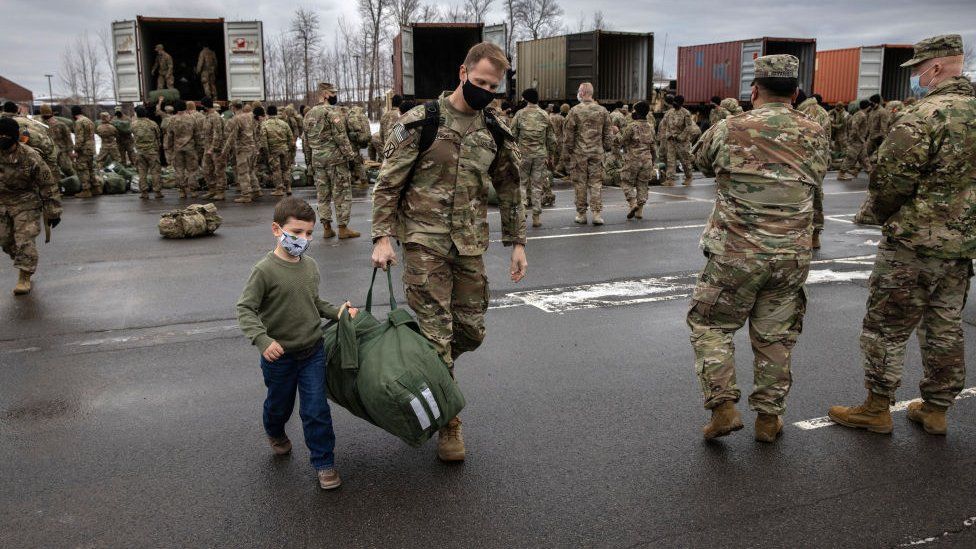 It comes just two days before a new US Congress is due to be sworn in.

Mr Trump had taken issue with policies that limit troop withdrawals from Afghanistan and Europe and remove Confederate leaders' names from military bases.

He also wanted the bill to repeal a liability shield for social media companies.

Before the debate began, Senate Republican leader Mitch McConnell said he was determined to pass the bill.

"Here's what the Senate is focused on - completing the annual defence legislation that looks after our brave men and women who volunteer to wear the uniform.

"We've passed this legislation 59 years in a row. And one way or another, we're going to complete the 60th annual NDAA and pass it into law before this Congress concludes on Sunday," he added.

Later Mr Trump responded to the vote specifically on the issue of liability protection.

"Our Republican Senate just missed the opportunity to get rid of Section 230, which gives unlimited power to Big Tech companies. Pathetic!!!" he said on Twitter.

Why did Congress have to make this move?
Bills passed by Congress need a president's signature to become law. On rare occasions, a president may choose to veto - or reject - legislation because of some policy disagreement.

Lawmakers can override a presidential veto and enact bills into law by mustering two-thirds of votes in both chambers of Congress.

House Speaker Nancy Pelosi, the most powerful congressional Democrat, said Mr Trump's veto was "an act of staggering recklessness that harms our troops, endangers our security and undermines the will of the bipartisan Congress".

"In a time when our country was just targeted with a massive cyber-attack, it is particularly hard to understand the reasoning behind the president's irresponsibility," she said in a statement.

Ahead of Wednesday's veto, some of the outgoing president's advisers had cautioned him against rejecting the bill.

Mr Trump has previously vetoed eight bills, vetoes which were all upheld with support from his fellow Republicans in Congress.

He is due to leave office on 20 January, when he will be replaced by Democrat Joe Biden.

What were Mr Trump's objections?
Mr Trump called the 4,500-page act, which has been nearly a year in the making, a "gift to China and Russia".

"Unfortunately, the Act fails to include critical national security measures, includes provisions that fail to respect our veterans and our military's history, and contradicts efforts by my administration to put America first in our national security and foreign policy actions," he said in a statement.