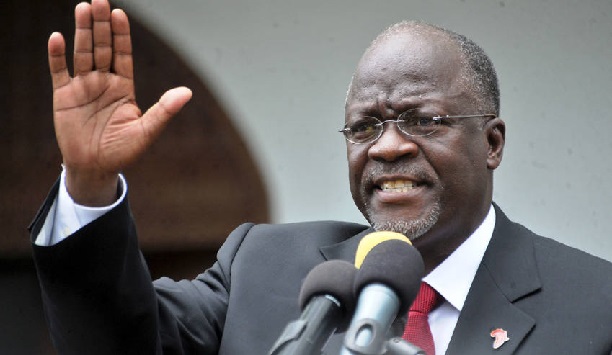 Immediately after a new minister was named, the sacked minister addressed the media from his car at a hotel he was barred from entering by the police, local newspaper, The Citizen reported.

Nnauye confirmed that he was not consulted before his replacement but thanked the president for his trust and cooperation during his one year as minister, the report added.

Nape Nnauyeâ€™s sack comes a day after a report was released by an inquiry he set up to investigate Dar es Salaam Regional Commissioner Paul Makonda who was accused of storming the studios of a private radio and television station last week with armed policemen to threatened workers over a television programme.

"I believe in my abilities and don't need anyone to make decisions on my behalf ... I encourage you to keep working hard and not to be distracted by what they are saying on social media."

The committee formed by the former minister found Makonda guilty and recommended measures be taken against him.

President Magufuli rejected calls by the public to dismiss Paul Makonda on Monday, which was the day the committe was formed.

â€œI believe in my abilities and donâ€™t need anyone to make decisions on my behalf â€¦ I encourage you to keep working hard and not to be distracted by what they are saying on social media,â€ the president publicly backed Makonda.

The president named Dr Harrison Mwakyembe as the new Information Minister. He was previously the Constitution and Justice Minister which is now being managed by Professor Palamagamba