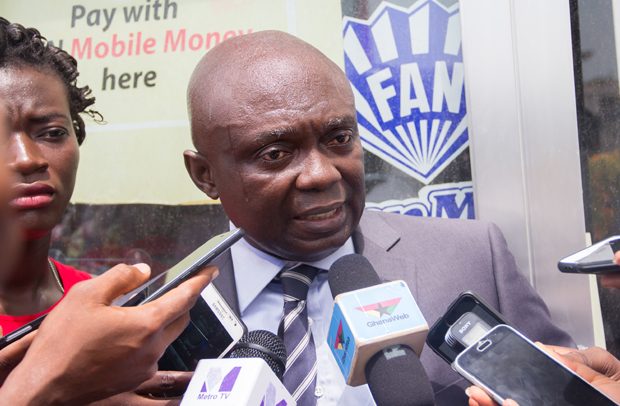 Accra Brewery Limited (ABL) and Kasapreko Company Limited risk losing their operational licenses after it surfaced the companies were fixing tax stamps illegally on their products.

For ABL, they were transferring tax stamps meant for its current production to its warehouses.

By this, the company was requesting for more tax stamps and affixing them on goods already produced and stored in their warehouses.

The revelation was made yesterday 6th November 2018 when the Ghana Revenue Authority (GRA) embarked on a compliance and enforcement exercise in Accra.

The Tax Stamp Policy was introduced by the government to check smuggled goods and also rake in the needed revenue for the state.

According to the GRA, warehouse operators are enjoined by the Excise Tax Stamp Act to apply to the GRA for tax stamps to fix on old stock.

This, however, was not the case with ABL during the enforcement and compliance exercise.

They were rather supplying their warehouse with tax stamps to fix on old stock.

This, according to the Head of the Excise Unit at the GRA, Kwabena Apau Anto is an infringement of the law and will attract severe sanctions, including a revocation of their licenses.

“We will make sure that Accra Brewery Limited accounts for whatever stamps that we have given to them because the stamps that we have provided to them were not for old stock, they were for normal production to be affixed on their new produce”, he said.

“Now ABL has sent these stamps to their warehouse and the stamps have to be traced to production at the end of the day. If we gave them ten thousand stamps at the end of the day according to the excise duties that they file they will be expected to show ten thousand pieces of the products that they have made, now if they come for reconciliation what are you going to tell us”.

He added, “They could be made to pay three hundred percent of the duties and taxes, they could also be jailed for up to five years and even have their operational license revoked”.

A similar situation was found at one of the retail shops for Kasapreko who were affixing their tax stamps meant for their production point at a retail centre in Gbawe.

There, excisable goods without the tax stamps were seized.

Mr. Apau noted that the goods that had been seized will not be returned to the shops.

“The goods that have been seized today will not be returned to the shop owners they will also be made to pay a fine of up to three hundred percent”.