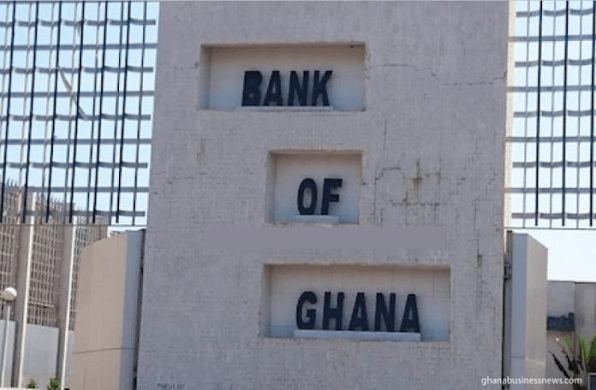 The Bank Of Ghana have dismissed claims that it is actively collaborating with some operatives at Cowlane in Accra to illegally transfer funds offshore.

The Central Bank in a statement issued on Tuesday, November 1, said the allegation by the Director of Research at the Trades Union Congress (TUC) Dr Kwabena Nyarko Otoo is false and “extremely reckless.”

"We would have expected that such strong allegations would have been supported by the requisite evidence, and not left at pure conjecture, mere suspicion or hearsay.

We advise the general public to completely disregard these comments and be assured that we, as a central bank, are focused on our mandate of price stability, and doing all within our power to reduce the rising general level of prices," the statement said.

It added that BoG was doing this guided by our core values of accountability, professionalism and integrity, and in accordance with law.

"BoG is also working with other stakeholders, including the law enforcement agencies to discourage and penalise the activities of illegal foreign exchange operators in the country.

"Finally, we advise the public to desist from making any such unfounded allegations in the future and to crosscheck same with BoG," the statement concluded. 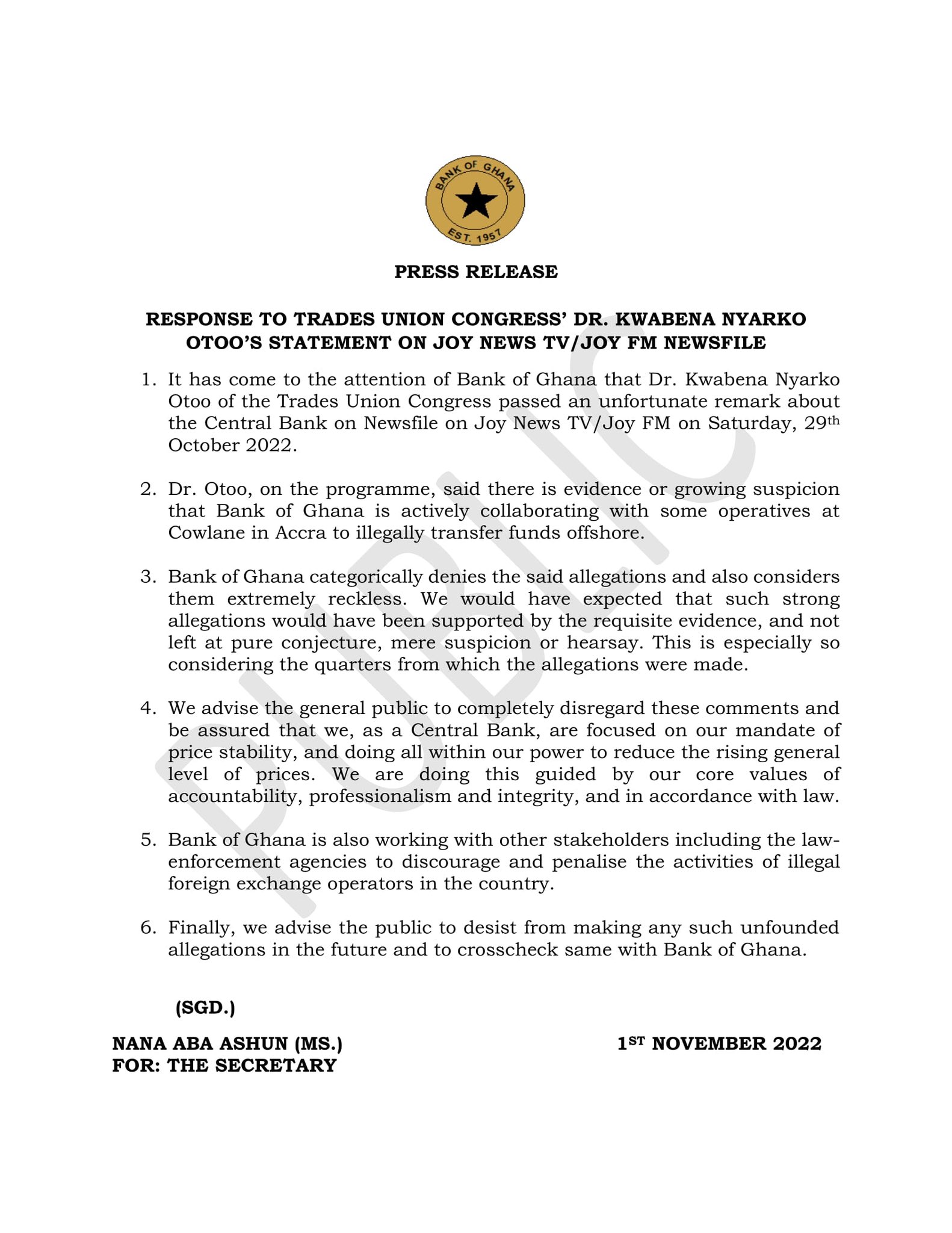