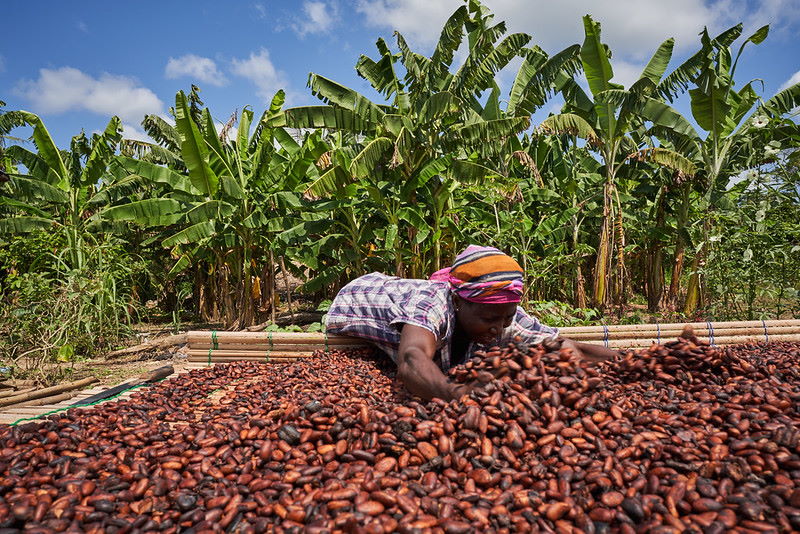 Cocoa production for the 2021/22 cocoa season has been forecasted to fall by one-third due to less conducive weather conditions and the outbreak of swollen shoot disease.

“Available information on crop sizes in main cocoa origin countries of West Africa suggests that the 2021/22 cocoa season is heading toward a world deficit of approximately 181,000 tonnes mainly due to a shortfall in the Ghanaian production. Indeed, less conducive meteorological conditions and the outbreak of swollen shoot disease are the major contributing factors for the production decline,” the report said.

Reports by Reuters in April suggested that harsh weather conditions due to the harmattan winds are expected to reduce cocoa production in Ghana by at least 31 percent in 2021/22 from the season before. It further reported that country’s total production is projected not to exceed 710,000-720,000 tonnes this year, mainly because of a climate that has been catastrophic for cocoa.

In late 2021, 43,281 cocoa trees affected by the swollen shoot disease were destroyed on 106.58 hectares of farmlands in the Dormaa Central Municipality of the Bono Region. The move was made proactively to avoid the disease spreading further.

This disease, according to COCOBOD, is estimated to have an infection rate of 20 percent of the country’s cocoa trees.

The cocoa farms in the Western North Region of the country have been the subject of rehabilitation under the National Cocoa Rehabilitation Programme (NCRP). These regions have been affected by the swollen shoot disease, which has had devastating effects on the country’s prime crop.

Approximately 11 percent of cocoa farms in the region, 51,537 hectares out of 487,386, have been rehabilitated under the programme so far. The NCRP was launched in 2017 by COCOBOD and financially supported by the African Development Bank (AFDB), with the objective of treating farms affected by the virus and replanting infected cocoa plants with disease-tolerant and early-bearing, high-yielding varieties.

As part of the programme, compensation is also to be paid to participating farmers and landowners for up to two years after the plantation.

In Côte d’Ivoire, the 2021/22 cocoa production is also expected to be lower than the 2020/21 crop. As of May 1, 2022, cummulative arrivals of cocoa beans in the country were seen at 1.807 million tonnes; down by 3.2 percent compared to the volumes recorded in the same period of the previous cocoa year.

“Less supportive meteorological conditions can be cited as a cause of the expected lower production in Côte d’Ivoire,” ICCO said.