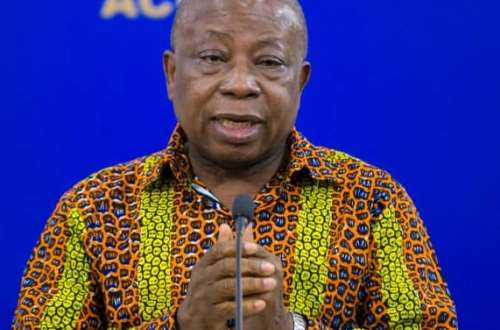 Nearly 18 years on, the Ministry of Health says it is yet to recover an amount of GH¢3million given to some 202 healthcare professionals and health agencies as loans.

The ministry, according to an Auditor-General report, between 2005 and 2015 decided to motivate health workers by giving them vehicles on hire purchase worth a total of GH¢3million with the objective of retaining them in the country. But beneficiaries have since been reluctant to repay.

This was captured in the 2020 Auditor-General’s report that is currently being assessed by the Public Accounts Committee of Parliament.

Appearing before the Committee in Accra last Wednesday January 18, Financial Controller at the Ministry Daniel Azubila noted that it has been very difficult recovering the loans – adding that out of the total amount owed by the defaulters, his outfit has been able to retrieve just GH¢765,284.74.

He further indicated that most of the beneficiary institutions have cited lack of funds as reason for the non-payment.

“Some agencies and institutions that benefitted have also defaulted, and say they do not have the resources to pay back,” Mr. Azubila told the Committee.

Recounting the manner in which the loans were awarded, he admitted that the ministry did not act accordingly – a situation which might have resulted in beneficiaries’ failure to repay.

“The best approach was to route repayment from their salaries through the Controller and Accountant-General’s Department. But given the circumstances and the objective to motivate health workers, at that particular time the majority of them, if we were to use the Controller and Accountant-General system, would not have qualified to be given that motivation.

“Most of them had already taken loans that reduced their eligibility to qualify on those grounds.  Because of this, the deductions were not routed through the Controller and Accountant-General’s Department. They were asked to repay through their banks,” he said.

Chairman of the Public Accounts Committee and Member of Parliament for Ketu North Constituency, James Klutse Avedzi, recommended the ministry to write-off the loans owed by institutions, since those institutions are meant to use government funds in the repayment.

“We (government) have been buying vehicles for the institutions, and with this one it is the same government money that they will use to pay; so, in a way, it is going to rob Peter to pay Peter,” he remarked.

The Minister of Health, Kwaku Agyemang-Manu – who was also present before the Committee, was quick to accept the Chairman’s recommendation, adding that insistence on the repayment by these institutions may pose challenges to the health sector.

“If you ask them to pay, it is the same IGF that they are generating that they are going to use, which may impact on care delivery and several other challenges. If we are not very careful, some will use their drug accounts and they will not have medicines in the hospitals and clinics. So your recommendation to write-off is most appropriate, and we also recommend the same,” Mr. Agyemang-Manu said.

He also urged the Committee to extend the recommendation to some groups of beneficiaries, including the aged – who may not be able to repay.

“As you try to recover the funds you encounter some elderly specialists, doctors who have served for years; they are on retirement – they are not earning salary. The vehicles are old, some have parked them… then you ask them to come and make payment? Clearly, they cannot pay with their pension money. Some are dead and gone; and the little monies they left for their wives, is that what you are going to collect?

“It is a big challenge. We didn’t structure the recoveries very well, and it’s like we burned our fingers,” he admitted.