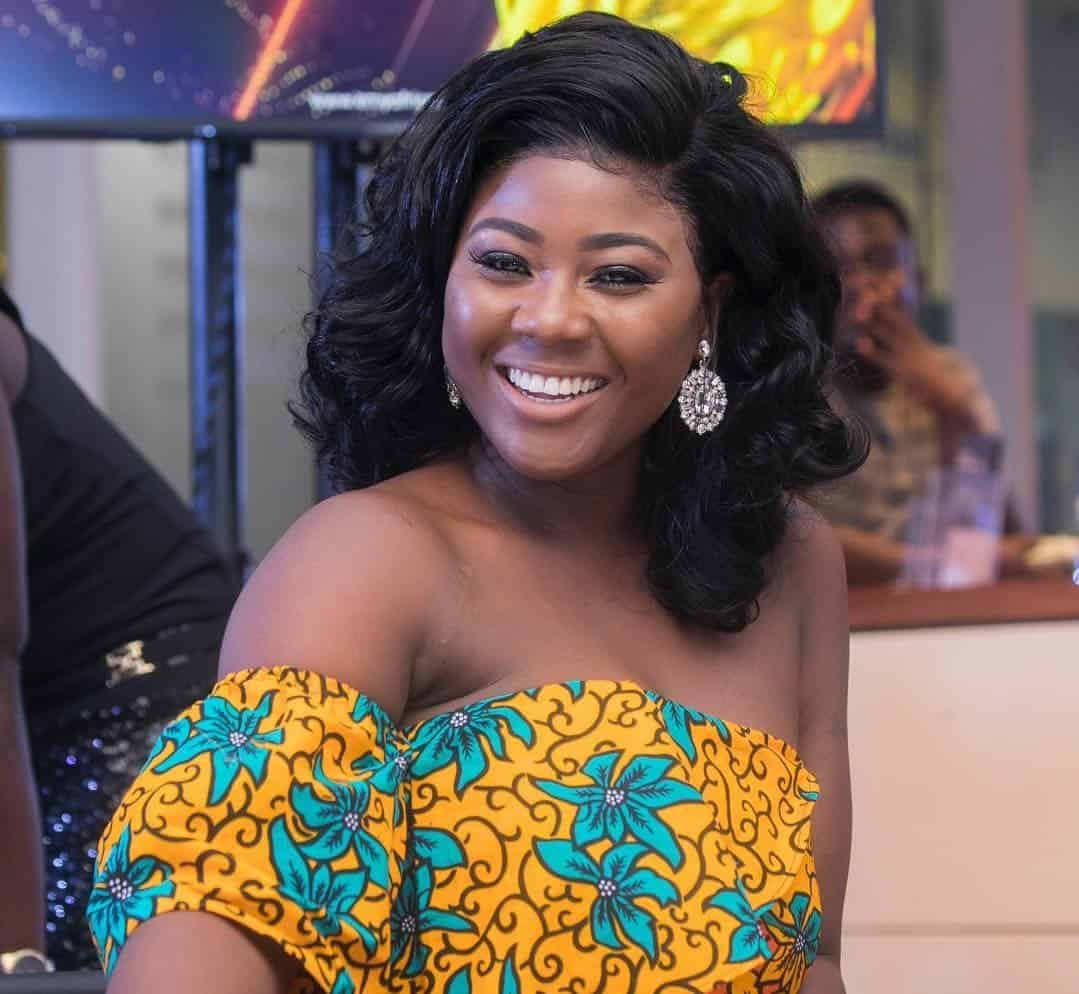 Salma Mumin accused officials of the company of involvement in mobile money fraud.

MTN has given the actress a 24-hour ultimatum to retract the claims or face potential legal action. 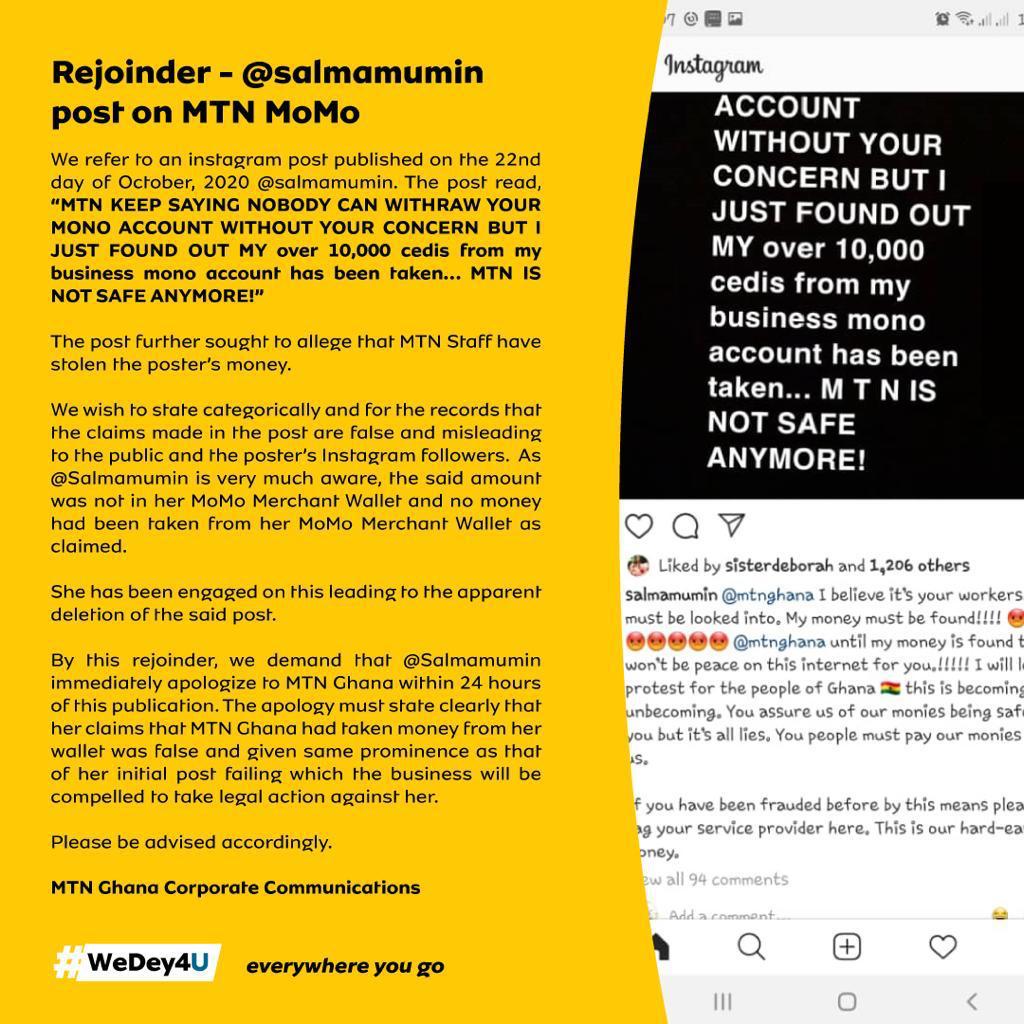 The company said claims by the actress on social media about a MoMo transaction and the company are untrue.

Ms Mumin had, on October 22, complained via her Instagram account that an amount of ¢10,000 had been illegally “taken” from her mobile money wallet without her knowledge.

She had further threatened to “disturb the peace” of MTN until her money was refunded, claiming that “MTN is not safe anymore”.

“MTN keep saying nobody can withdraw your Mono account without your concern but I just found out my over 10,000 cedis from my mono account has been taken… MTN is not safe anymore,” she wrote on Instagram.

But in a rejoinder issued on Friday evening, MTN Ghana rejected Miss Mumins account as untrue.

The Corporate Communications Unit of MTN has given the actress 24 hours to render an apology for her actions in the post, which have since been deleted from her Instagram page.

“The apology must state clearly that her claim that MTN Ghana had taken money from her wallet was false and given some prominence as that of her initial post failing which the business will be compelled to take legal action against her,” MTN demanded.