Dr. Asiama to resign as Deputy Governor of the BoG 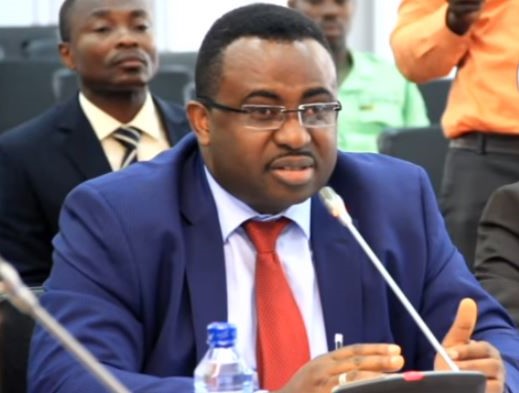 The Second Deputy Governor of the Bank of Ghana, Dr Johnson Asiama, is in the process of resigning from the Bank.Â

Sources say he has taken his accumulated leave before his final exit from the bank by the close of this month.

Dr Asiama'sÂ decision to move on is reported to have been communicated in the first week of December to some senior persons atÂ BoG.Â

It is not clear for now what might have influenced DrÂ Asimaâ€™s decision to leave the Central Bank but sources say challenges in working with the new government and some key senior persons at the BoGÂ because he is perceived as an â€œoutsiderâ€ may have played a part.Â

Some of his colleaguesÂ at the Central say this action was expected especially with the change in government.

With Dr Johnson Asiama left with two more years to the expiration of his contract at the Bank of Ghana, his resignation comes at a huge cost to the state.

If a settlement was reached to pay him off his monthly salary before the exit, he will be paid for the next 24 months as well as take all his entitlements.

For some, this is worrying because he earns his monthly salary for doing nothing, just like what was done in the case of former Governor, Dr Nashiru Issahaku, who sources say was also forced out.

Considering the effect on the public purse, some industry players believe it would have been prudent to let him serve theÂ two years left onÂ his contract.

For some persons close to the government, the issue hasÂ more to do withÂ trust than competence, since they would be comfortable with having someone they believe they can work with.

But this argument assertion has been shot down by some people sayingÂ under the current dispensation of zero financing of the budget, it does not really matter who occupies the top position at the Bank of Ghana.

There were also reports that some sections of the Central BankÂ staff did not want Dr Asiama out for some unexplained reasons.

JoyBusiness understands there was a plan to force Dr Asiama also outÂ at the time of Dr Issahaku's exit, but government wasÂ  cautioned by institutional expertsÂ to protect the institution from perceived 'political attack.'Â

Questions have been raised about how someÂ supervisory issuesÂ at the Bank were handled by Dr Johnson Asiama, which resulted in some challenges in the banking sector.

According to persons close to government, this made it very difficult to work the formerÂ Second Deputy Governor.Â

Would this action have any impact on BoGâ€™s independence and market confidence?

Some banking sector analysts told JoyBusiness the actionÂ if not handled wellÂ could affect the image of the Central Bank.

They sayÂ the news comesÂ at a time that the Bank is struggling to assert its independenceÂ with the various banking laws and reforms.

They believeÂ this action will once again be seen as an attempt by politicians to interrupt the in-built institutional process.