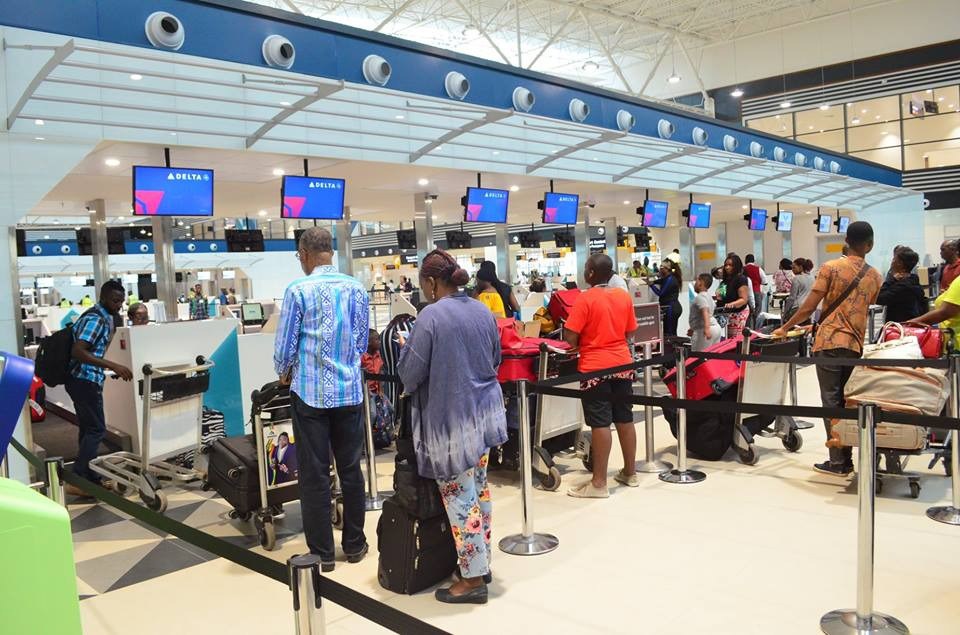 The Ghana Airport Company Limited’s Divisional Union of the Public Services Workers’ Union of the Trade Union Congress, has in a statement directed all general staff of the Kotoka International Airport to withdraw their services.

This takes effect from 6 am on Friday, February 26, until otherwise communicated by the Union.

This, according to the Union, is due to the Company’s Board’s attempt to shelve the report of an investigative committee which allegedly confirms the Managing Director, Yaw Kwakwa is guilty of mismanagement and abuse of office.

The investigative committee comprised the Aviation Ministry, the Board, Senior Management, and the Public Service’s Workers’ Union.

In a press statement dated February 25, the Union says the only way to turn the fortunes of the Company around is when the Managing Director is removed from his post.

Till then, the general public, especially air operators are being notified of the withdrawal of services.

Affected services include; screening of pre-board passengers and access control, fire/safety cover for all aircraft, water and sewage treatment, and public announcement and flight display. 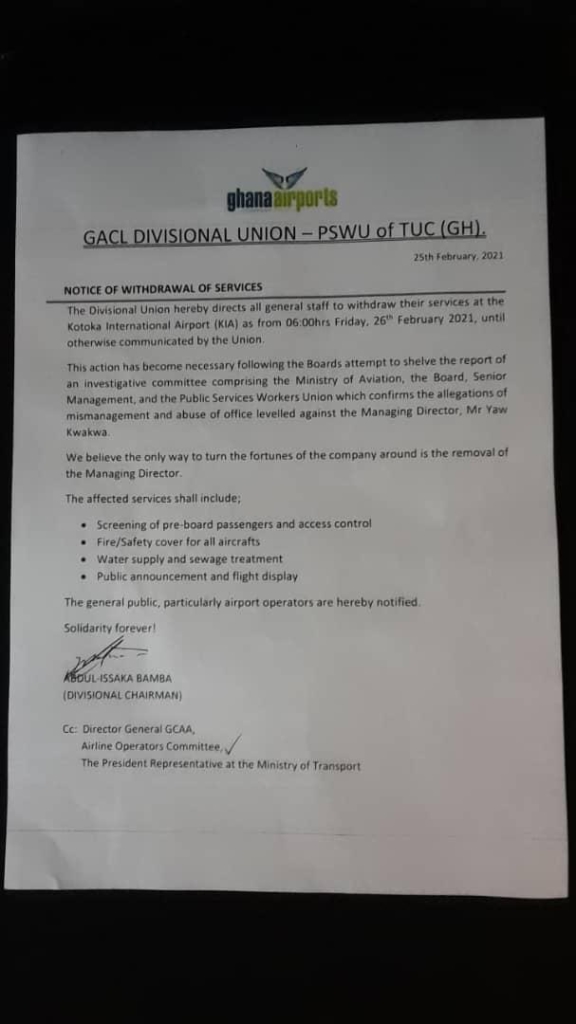