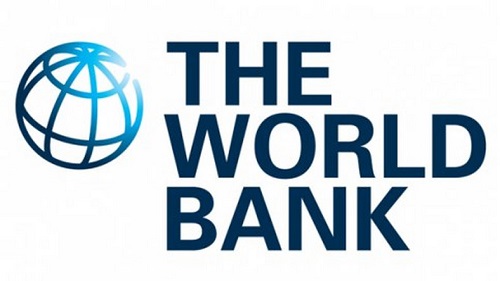 The World Bank has committed $12bn (Â£9.4bn) in aid for developing countries grappling with the spread of the coronavirus.

The action comes as leaders around the world pledge to shield their countries from the economic impact of the outbreak.

It follows warnings that slowdown from the outbreak could tip countries into recession.

The aid is intended to help countries improve their public health response to the crisis, as well as work with the private sector to reduce the economic impact.

"What we're trying to do is limit the transmission of the disease," World Bank Group President David Malpass told the BBC.

The organisation said it would prioritise the poorest and most at-risk countries in distributing the aid to counter the effects of the virus, which has spread to more than 70 countries around the world.

Half of the package comes from the bank's International Finance Corporation, which works with the private sector. About $4bn of the $12bn is being shifted from previously available funds.

Authorities have confirmed more than 92,000 cases of the virus worldwide of which more than 80,000 are in China. More than 3,000 people have died globally, the vast majority in China.

New infections and deaths have been declining in recent weeks in China due to draconian quarantine measures. The country on Wednesday reported 38 more deaths but a fall in fresh cases for a third consecutive day.

The worst-hit country outside China remains South Korea which on Wednesday reported 516 new confirmed infections, bringing the total to 5,328. The country's death toll stands at 33.

"The point is to move fast; speed is needed to save lives," Mr Malpass said in conference with reporters. "There are scenarios where much more resources may be required. We'll adapt our approach and resources as needed."

The Dow Jones shed nearly 800 points on Tuesday, paring Monday's big gains. This was despite a rare emergency move by the US Federal Reserve to cut interest rates by 0.5% amid fears over the impact of the coronavirus.

It was the biggest cut since the global financial crisis more than a decade ago.

How are different countries being affected?

Iran has temporarily released more than 54,000 prisoners in an effort to combat the spread of the virus in crowded jails. The country has reported 77 deaths in less than two weeks.

On Tuesday, the health ministry said the number of confirmed cases had risen by more than 50% for the second day in a row. It now stands at 2,336, although the real figure is believed to be far higher.

Meanwhile, Italy has reported a 50% jump in deaths in the past 24 hours, with the total standing at 79. Most of the deaths are in Lombardy.

Nine deaths have now been confirmed in the US. All of those killed lived in Washington state.

And in Spain, an autopsy on a 69-year-old man who died on 13 February has revealed he was infected with SARS-CoV-2, local media report. It is the country's first fatality from the virus.

The World Health Organization (WHO) says the virus appears to particularly affect those over 60, and people already ill.

In the first large analysis of more than 44,000 cases from China, the death rate was 10 times higher in the very elderly compared to the middle-aged.

The WHO also warned that prices of protective equipment, such as surgical masks and gloves, are soaring due to a global shortage, and asked companies and governments to increase production by 40%.

Read more: How deadly is the coronavirus?

Health experts believe Covid-19 does not transmit as efficiently as seasonal flu and is not generally passed on by people who have no symptoms.