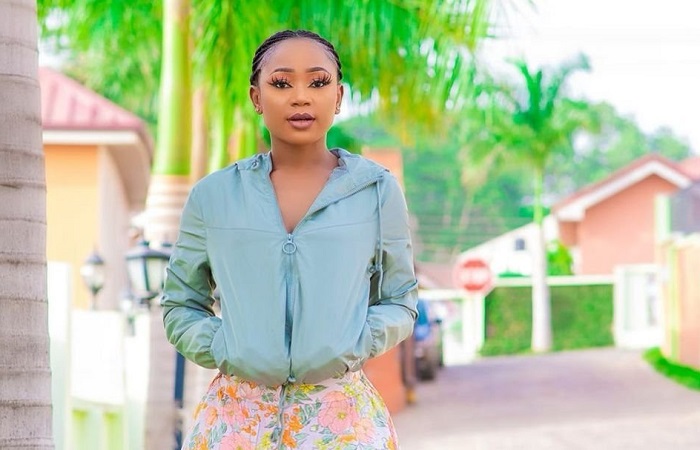 The actress was given a 90-day jail term on April 16, 2021, following her conviction on charges of publication of obscene material and domestic violence.

She was however granted bail by the Criminal Division of the High Court on April 22, 2021.

His Lawyer Andrew Vortia says they have now completed processes to free the actress on bail but she has grown slim and pale.

"You could see that her spirit is very low, she appears very slim and pale. She has been amazed by the concerns Ghanaians have shown."

Mr Vortia also explaining why the bail process took so long to be executed said they had to go through a lot of bureaucracy because she had been transferred from the Osu Police Station to the Nsawam Prison.

According to the Lawyer, if she is able to get to Accra before 5pm, they will address the media today.

The decision of the court to give the actress a custodial sentence was met with mixed reactions from Ghanaians – with a section supporting it and others against.