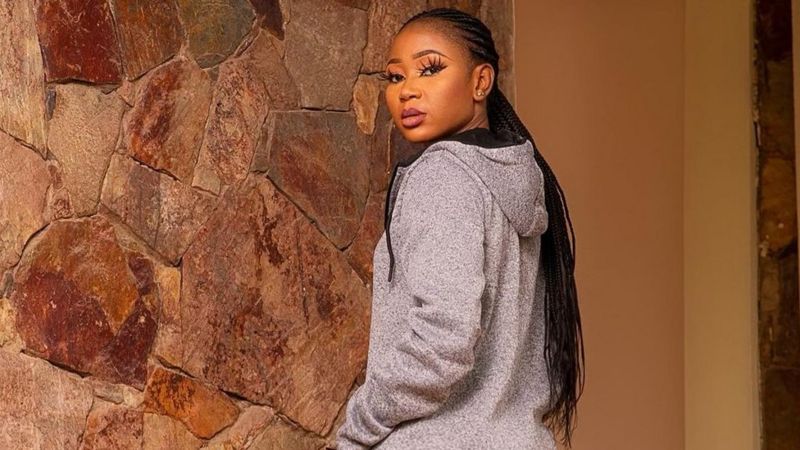 The decision of the court to give the actress a custodial sentence has been met with mixed reactions from Ghanaians – with a section supporting it and others against.

Below is the full judgement

Chief Inspector Agatha Asantewaa for the Republic is present

By Court: Counsel for the accused person, do you have anything to say by way of mitigation before this court sentences the accused person?
Counsel for the accused person: I would like you to look at the doctrine of a first offender as well as a young offender. Essentially, the principle of sentencing is that a first time offender should be punished differently except if there are other aggravating circumstances. In the case of Frimpong @ Iboman v The Republic [2012] 1 SCGLR 2 9 7 , the Supreme Court said, it is generally expected that a fir s t offender must be given the opportunity to reform . So a first offender must be treated differently. This sentiment was also expressed by Akpaloo in the case of Tortor vrs The Republic [1971] lGLR 342 at 347.
My second mitigating factor has to do with the guilty plea simpliciter by the convict. My lord she did not waste the precious time of this court. My lady you will see the remorse shown by the convict from day one when she appeared before you. Her dressing outside the court and inside the court has completely changed. She has pulled out any article in connection to this case and has apologized to the public and her seven years old son.

My third mitigating factor has to do with the status of the convict. She is a young and budding actress. I am praying that a custodial sentence will kill her carrier entirely. She is the sole bread winner of her family, having come from a hard or poverty stricken family to reach the level that she has reached. My lady a custodial sentence will inflict more punishment on the victim that is the son. The convict takes care of her mother, two nephews and her son on her hard earned income. Charity works of the convict should also be considered. It is unknown to most of us. The convict on 1st June, 2018 donated a number of items to her alma mater, Suhum Roman Catholic School. In September 2018, she again donated cement bags to the Suhum Anglican Church. Even when this case was in court, on the 23rd December, 2020, the convict donated to the Osl-1 Maternity Home. All these can be found on Ghana web.

The convict has adopted six class rooms in Suhum her alma mater and she is paying for the school fees of these people.

Kazia Kenneth Azumah, a friend of the court: I pray that the court tampers justice with mercy.
Christian Akwesi Bu am e, a friend of the court: I will also like to add my voice to the plea against a custodial sentence. Mainly on the basis that she has been a single parent and the sole bread winner of the family. I pray that a custodial sentence be replaced with a fine or caution which will deter her from repeating same conduct.

Now that the accused person had pleaded guilty to all the three charges levelled against her and has been convicted on her own plea, the issue of punishment m u s t be considered using different criteria. This is because, in imposing a sentence on an accused person, the courts normally take into consideration factors such as whether the sentence is of a deterrent, reformative , or retributive nature.
In imposing the appropriate sentence, this court considered the following aggravating factors:

The intrinsic seriousness of the offences charged;

The gravity of the offences charged;

The degree of revulsion felt by the law abiding citizens of this country for the crimes committed;
The premeditation with which the criminal plans were executed;

The prevalence of the crimes within the Accra Metropolitan Assembly and the country generally;
sudden increase in the incidence of these crimes;

The age of the accused person's son and the trauma he is going through in a society where counseling for victims of such criminal acts is almost non-existent.

This court also took into consideration in imposing the appropriate sentence, the following mitigating factors:

Equally taken into consideration is counsel for the accused person's plea for leniency and mitigation.

Be that as it may, there is no doubt that as a nation, apart from the canker of rape, defilement, narcotics and armed robbery, the publications of obscene materials, and engaging in domestic violence to wit: conducts that in anyway undermines another person's privacy and integrity, and detracts or is likely to detract from another person's dignity and worth as a human being are on the increase. Undoubtedly, there is the need for a concerted effort to remove and destroy these dangerous menaces from our society and the country as a whole. The deterioration or the collapse in upholding our societal values, beliefs, norms, morals and ethical standards in this country makes it imperative for all and sundry, especially the law enforcement agencies like the courts to be at the forefront of this crusade.
Section 2 of the Children's Act , 1998 (Act 560) provides as fallows:

"2. Every child has the right to life, dignity, respect, leisure, liberty, health, education and shelter from his parents .
3. Every parent has rights and responsibilities whether imposed by law or otherwise towards his child which include the duty to -

(a) Protect the child fromneglect, discrimination, violence, abuse, exposure to physical and moral hazards and oppression;"

Did the accused person consider the best interest of her son before posting the nude pictures of herself together with her son on her Instagram page? Did she respect her child's right to dignity and respect as enshrined in the 1992 Constitution and the Children's Act? The answer is she did not.
The action of the accused person by posting nude pictures of herself together with her son 011. her instagram page did not only infringe on her so11's right to privacy , dignity and worth as a human being. It also:
Morally corrupted those whose minds were open to such immoral influences and in whose hands such publications fell;
Violated contemporary standards relating to the description or representation of sexual matters;
Destroyed human dignity, feelings, commitment and emotions and
Exploited and degraded all who came into contact with it.

This action by the accused person also caused injury not only to her son, the society and the general public but also to the pride and dignity of this country.

This Court is of the opinion that the time has come for the courts of law to take into consideration the status and the role that an accused person plays in the society and in the life of a victim or a child before sentence is imposed. For example, if a father whose duty it is to protect the chastity, sanctity and dignity, of his daughter defiles or rapes her, one will expect the father to be drastically dealt with. Similarly, in the present case where the accused person, who has the responsibility for the upbringing and development of his son , and is also supposed to guide her son appropriately in the exercise of his right to

dignity and worth as a h u man being, rather infringes upon the child's rights and becomes the perpetrator of such crimes against his innocent son whom she is to protect as a mother, she must receive a harsh and deterrent sentence.
This court is saddened by the current development of the citizenry posting their nude pictures on the internet and won der what has become of our values as a country. Our morality has degenerated to such bestial levels that the accused person could do what she did. The law will take its full course in this matter today so that others who harbour such traits would be deterred.

Since the offences levelled against the accused person are of a very grave nature, the sentence must not only be punitive but it must also be a deterrent or exemplary in order to mark the disapproval of society and this country of such conduct by parents.

Again, when a court decides to impose a deterrent sentence, the good record of the accused becomes irrelevant. Colossians Chapter 3 v 25 provides:
"For the wrongdoer will be paid back for the wrong he has done, and there is no partiality."

The court shows its revulsion by imposing a harsh sentence to serve as a deterrent to like-minded persons and to help manage a reduction of the high number of cases in this regard.

On this note, this court hereby sentences the accused person to ninety (90) days imprisonment on the first count, which is publication of obscene material, contrary to section 280 of the Criminal Offences Act, 1960 (Act 29).

The sentences of the accused person are to run concurrently. Let me take this opportunity to commend the Child's Right's International, Ghana for bringing up this matter and it is the hope of this court that they will continue to effectively prevent and protect children in the country from all forms of violence, abuse and exploitation by picking up cases of similar nature and others that infringe on the rights of children in the country.