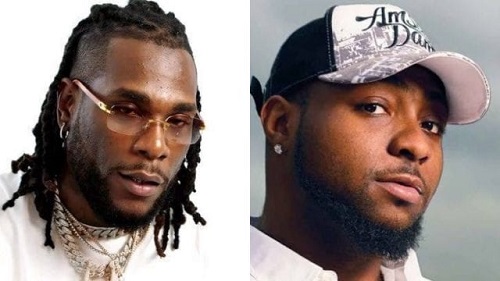 Nigerian stars such as Burna Boy, Davido and Wizkid have dominated the winners’ list at the eighth All Africa Music Awards (AFRIMA).

Tala, by Ivorian artist Didi B, was named song of the year at the lavish ceremony held in the Senegalese capital, Dakar.

Nigerian singer Asake was named Breakout Artist of the Year.

During his acceptance speech Asake, whose real name is Ahmed Ololade, said winning was a dream come true: “It started as a dream, but today, it’s a reality. Thanks to God, my label and to all my fans listening to my songs.”

Asake’s music dominated the Afrobeats music scene in 2022 with hit songs such as Sungba, Peace Be Unto You and Omo Ope, amongst others.

His music is known for its catchy Yoruba and Pidgin English lyrics, recognisable beat and his tagline – Ololade mi Asake – which listeners can hear at the start of several of his songs.

However, the artist faced tragedy in December 2022 when two people died at his concert in London after a crush at the venue.

Burna Boy, who won Artist of the Year and Album of the Year, Davido, who won Best Male Artist in Inspirational African Music, and Wizkid, who won Best West African Act, did not appear to be present at the ceremony to accept their awards.

There had been some controversy in the run-up to the awards after people signed a petition for Nigerian singer Brymo to not win Songwriter of the Year, after he made a series of insulting tweets about Nigeria’s Igbo ethnic group.

More than 40,000 people signed the petition against the singer, whose real name is Olawale Ashimi.

In the end, Iba One from Mali won, and Brymo has since apologised, saying he did not mean to offend.

Senegal made history this year by becoming the first French-speaking African country to host the awards, which have a partnership with the African Union.