After a fourth coup in West Africa, it’s time to rethink international response 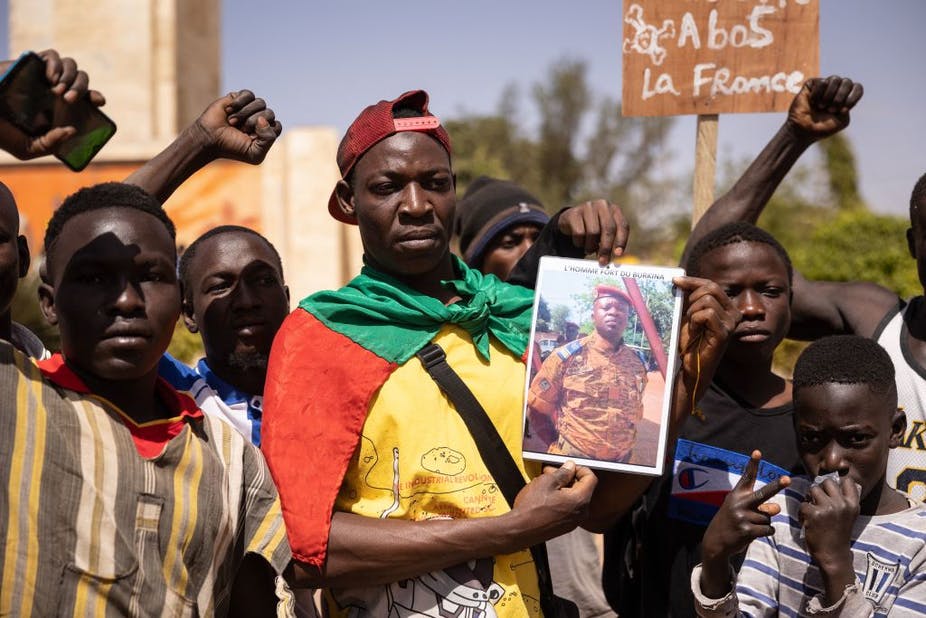 The latest coup in Burkina Faso is the fourth in Africa’s Sahel region in less than 18 months. The other three were carried out in August 2020 in Mali, in April 2021 in Chad, and Mali’s “coup within a coup” last May.

Yet, European and American leaders currently appear more concerned with the presence of Russian-linked Wagner Group mercenaries than with the region’s core political problems.

All of these coups illustrate the dangers of regional and international actors prioritising counter-terrorism (and competition with Russia) while ignoring other warning signs. These include flawed, low-turnout elections, out-of-touch rulers, and crackdowns on free expression.

The Burkina Faso coup was the subject of urgent regional coordination meetings and an emergency virtual summit of the Economic Community of West African States on January 28 which resolved to suspend Burkina Faso.

I have studied Islam and politics in northwest Africa for the past sixteen years, with a focus on the twentieth and twenty-first centuries. My most recent book – Jihadists of North Africa and the Sahel: Local Politics and Rebel Groups – draws on case studies from Algeria, Libya, Mali, Niger, Burkina Faso, and Mauritania. The study examines jihadist movements from the inside, uncovering their activities and internal struggles over the past three decades.

It’s my view that the latest coup presents a fork in the road for West African, French, and American policymakers. They can decide to let the coup stand and thus confirm de facto military dominance across the Sahel. Or they can draw a red line and demand that it be reversed.

From revolution to failure

The overthrow of Burkina Faso’s President Roch Kabore has domestic precedents as well, including a series of coups dating back to 1966. Out of the tumultuous 1980s, the ultimate victor was a military dictator named Blaise Compaore. Compaore closed the door on the revolutionary promise of his flawed but admirable predecessor, Thomas Sankara, by installing himself as de facto president for life.

Compaore was overthrown in a 2014 popular revolution.

The revolution survived its first major challenge — a 2015 coup attempt by Compaore loyalists. But it then floundered thanks to Kabore, who was elected in 2015 and re-elected in 2020. Kabore, who was close to Compaore until the early 2010s, came late to the opposition and proved a poor vehicle for the aspirations of the youth-led revolution.

The mainstream alternatives were little better. In both 2015 and 2020, the runners-up were politicians with ties to Compaore. These include former Finance minister Zephirin Diabre. During his first and second terms, Kabore drifted along without much of a programme.

Meanwhile, security collapsed across much of Burkina Faso. The easy — far too easy — explanation one sometimes hears is that Compaore had maintained an unofficial deal with jihadists in Mali and beyond. This ostensibly kept Burkina Faso free of their attacks. But once he fell, the argument goes, jihadists crowded in.

Another simplistic explanation is that West African jihadists, flush with cash and tactical know-how from abroad, are strategic masterminds bulldozing their way across the region.

The reality is substantially more complex. Sahelian jihadists have had ups and downs. And it has taken the confluence of many factors —- beyond just Compaore’s fall or whatever strategic acumen jihadists may possess -— to make the central Sahel into one of the world’s worst conflict zones.

In central Mali, a renewed wave of jihadist mobilisation starting in 2015 drew on longstanding grievances connected to inequitable land access, ossified social hierarchies, and the brutal, knee-jerk reactions of the Malian security forces.

Across the border in northern Burkina Faso, similar developments set in by 2016. They drew on ultra-local grievances, the exchange of personnel and ideas across the Mali-Burkina Faso border, and the deteriorating picture throughout the sub-region.

As Mali’s crisis grew into a Sahelian crisis, the region’s militaries have been simultaneously and collectively pressed to deliver more results. In other words, more dead jihadists. From Paris, Washington, and Brussels, patronising language about “partnerships” and “training” barely camouflages contempt. European and even American ground troops, helicopters, and drones crisscross the region, leaving Sahelian armies as supporting actors or bypassing them altogether.

Litanies about “good governance” decry corruption in generic terms but rarely focus on specific targets, leaving little accountability for militaries or civilians. Military corruption scandals have been routinely swept under the rug. These include the one in Niger – now the next country where coup fears are rising.

Meanwhile, Sahelian security forces take casualties from enemies who melt into the countryside. This leaves rank-and-file soldiers and gendarmes fearful and quick to pull the trigger against civilians, compounding insecurity.

All of these dynamics leave colonels -— the key movers in recent coups —- caught between ineffective presidents, complacent generals, and their own disgruntled troops. Elections bring no substantive changes, major opposition leaders offer vague alternatives, and Sahelian capitals periodically erupt into massive protests demanding an alternative to a broken status quo.

One can understand why the colonels react. And also why many civilians often initially support coups. But the coups make the overall situation even worse by layering new political crises over existing crises of insecurity, humanitarian emergencies, and civilian politicians’ own inability to address fundamental problems.

Drawing the line in the sand

The general reaction by France, the United States, and ECOWAS to the latest round of Sahelian and West African coups has been to decry them while quietly accepting them as done deals.

A “political reality” sets in the moment the ousted leader reluctantly agrees to resign under clear duress. This “reality” dictates that such leaders are never coming back. The “international community,” with the Economic Community of West African States as the lead negotiator, then haggles with each junta over the parameters of a transition back to civilian rule.

That template bogs regional diplomacy down in extended negotiations with juntas that are clearly willing to play outside the rules. Such a situation has increasingly affected Mali.

Paris and Washington, meanwhile, routinely appear overeager to get back to business as usual with whoever is in charge. In this case, business as usual means counter-terrorism campaigns. Such campaigns are supposedly a means of boosting political stability, but in reality they constrain effective diplomatic responses to coups, corruption, electoral irregularities, and human rights abuses.

Why should it be considered politically fanciful to try to reverse coups? Examples of coups being reversed are few, but that does not mean Washington shouldn’t try. At a minimum, Washington can take the lead rhetorically by not just “expressing concern” or “calling for the release” of detained, overthrown presidents, but also by demanding the reinstatement of overthrown leaders.

Any concerns about “losing credibility” should be tempered by the fact that Washington already appears weak and deeply hypocritical on the issue of democracy promotion and respect for human rights.

It is never too late to attempt consistency, including on cases now assumed to be completely settled. The Chadian junta’s rule is as unconstitutional today as it was in April 2021 when it began, for example. Beyond the rhetorical level, meanwhile, there are plenty of options for pressuring juntas through sanctions, aid suspensions, withdrawal of ambassadors, suspensions from regional and international organisations, and more.

ECOWAS pulled back from draconian economic sanctions in the immediate aftermath of the August 2020 coup in Mali. It has now ended up imposing them some 17 months later. This is after realising that the junta was essentially ignoring the dictates of the regional grouping all along.

To not use these tools when they would be most effective -— immediately following each coup —- is to become complicit in the region’s militarisation. This is true of the far-flung peripheries where jihadists gravitate, but also of other capitals across the Sahel.

This article was first published as a blog in Responsible Statecraft.