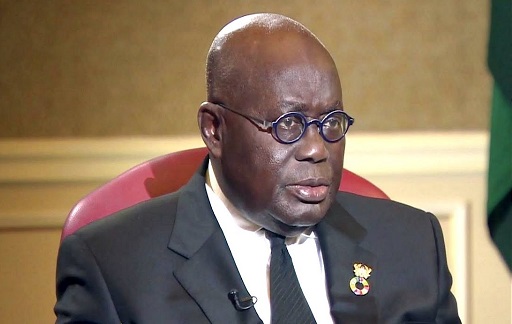 Ho, ho, ho! Never a dull moment in these our times of Bedlam!

Some may be bemused, some may see an illegality, but I am rather amused! When the likes of Dan Botwe started sending out snippets about how if they had their way they would “advise the president” to drop the referendum, you did not have to be a political savant to immediately conclude that those were broad hints about what was afoot. This was buttressed by leaks from the Electoral Commission (EC) suggesting the entire process was being put on hold with word sent out to its operatives not to proceed with preparations towards the referendum and await further instructions. The instructions did come alright, not from the Commission but via a radio and television broadcast from Jubilee House on Sunday evening.

When the cancellation was announced in this radio and television broadcast, it was expected. What was not expected was the manner in which it was made, blaming others instead of accepting full or at least sharing blame! Was it due to the lack of knowledge of the constitutional implications of such an action or the panic mode that had set in when the “No” voice was showing signs of carrying the day?

Indeed, I have read learned legal commentaries pointing out that the Sunday evening speech had gone against many constitutional requirements and therefore the cancellation could be considered null and void, Would someone litigate this in the courts? Could there be grounds for parliament to step in?

The speech had the usual ring of arrogance and bravado about it papered with words and phrases like “U-turn”, “Broad consultations” “Consensus”, all the while with a scapegoating theme: Blame it on the NDC! At the time of writing, the NDC was providing its own response.

Since January 7 2017, I have followed with an increasing sense of outrage, the kind of arrogant strutting about in the name of an electoral mandate. I may even be so bold as to say impunity.

Earlier in the administration’s watch, a very large section of Ghanaian citizens complained about stationing of US troops on their soil. In a televised speech like what took place on Sunday, instead of mollifying the hurt feelings of compatriots, the national television presidential address, dripping with self-righteous arrogance was used to lambast them, describing such citizens as hypocrites and anti-US. Very unfair, because in actual fact, Ghanaians in their generality are US lovers. There was neither broad consultation nor consensus…

Was there broad consultation and consensus when a very hardworking Chairperson of the Electoral Commission, Madam Charlotte Osei, after giving Ghana one of its best elections in which an opposition party dislodged an incumbent was dismissed from office to be replaced by a very openly partisan replacement, Madam Jean Mensa?

Was there broad consultation and consensus when a Free Senior High School (FSHS) policy was implemented without ample preparation and now threatening the future of generations of Ghanaian senior secondary school leavers with poor quality non-performing education?

Was there broad consultation and consensus when in the face of many existential problems facing the country and disapproval from large swathes of the Ghanaian populace, a Christocentric worship centre is being imposed on Ghana as a “National Cathedral” with the destruction of many fine government buildings for the purpose?

Flowing from the above, was there broad consultation and consensus when Finance Minister Ken Ofori Atta provocatively declared the multi-faith, multi-cultural secular state of Ghana a Christian country? Was the Chief Imam consulted? Was the Nai Wulomo consulted? Were the Tindanba consulted? Were the keepers of the Golden Stool of Okomfo Anokye consulted?

And now, this referendum, after engaging the country’s energies for months and costing the economy unquantifiable amounts of money, is truncated just a few days ahead of the polls without accepting the responsibility that goes with this fiasco and it causing of financial loss to the State but is instead being blamed on a U-turn by a political party. Pure coping out! Too harsh a verdict, but appropriate!

I guess this is what really happened: Every government uses the intelligence agencies available to it to gather public opinion about policies and actions. In this case, the agencies must have reported their findings on the referendum indicating that the groundswell of opposition to the “Yes” vote was such that the “No” vote would carry the day. It is as simple as that. Nana Addo Dankwa Akufo-Addo does no one any favour but himself because the results would have been seen as a referendum on him personally and the system he heads. Remember the countdown to December 2020 has just begun.

And finally, what is this about a U turn he was referring to in his speech? By cancelling the referendum which he proposed and canvassed for, what does he think he has done? Not a U-turn? Who am I to question people who claim they know everything?! That was a bigger U-turn. As my Ashanti in-laws would put it, “S3 wo soro bibi.”