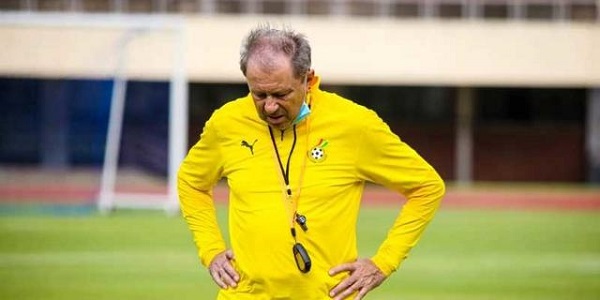 On January 26, 2022, the Ghana Football Association officially delivered the news to Milovan Rajevac: his tenure as the Black Stars coach is over — after only four months.

Milovan himself knew that his sacking was inevitable after his poor performance at AFCON 2021.

Despite the tough talk — after the Black Stars' defeat to Comoros — that he will not resign and will lead the struggling national team to play the World Cup playoffs, it was easy to see through the smokescreen toughness that was never going to happen.

“I took this job with the aim of taking Ghana to the World Cup. This competition did not go well but it is a learning process for us.

"I will stay and lead Ghana in the World Cup qualifiers in March. I believe we have a team that can become stronger and get to the World Cup,” Milovan Rajevac said at the time.

There were a lot of examples of coaches who went back for a second stint with their clubs but which proved dramatically unsuccessful.

The likes of Jose Mourinho (Chelsea), Zinedine Zidane (Real Madrid), Loius Van Gaal (Barcelona) to name a few, couldn't replicate the successes they chalk in their second attempt with their respective former clubs.

We can't also forget about Kwesi Appiah who also was assistant to Milovan in 2014.

Kwesi Appiah was the first local coach to lead Ghana to the World Cup in 2014 and in his second coming he failed to repeat the same feat, becoming the main reason his contract wasn't renewed in December 2020.

On the part of Maxwell Konadu having been hailed for delivering Kotoko the Ghana Premier League title in 2012, he was called upon again to rebuild the club. He wasn't second-time lucky as he lasted only a year on his three-year contract.

There were a lot of cues Milo could have taken a lesson or two from as he approached the top job for another time. But hey, who wouldn't want to get back into the employment books after idling at home for two years? and More so, returning to a team that gave his CV the best success score was easy bait for the Serb.

After leaving the Ghana job in 2010, the Serbian has been in poor form and not many believed he had the competence he first came to the job with, having achieved practically nothing since leaving the West African nation.

But after a long stretch of "assessment" and "evaluation", the three-member committee of the GFA tasked to look for a new coach within 72 hours settled on Milo, who they perceived had unfinished business with the country after he left his two-year contract in 2010 to take up the Saudi job.

The Serbian trainer was awarded a one-year renewable deal by the country’s football governing body and Kurt Okraku told the media to rally behind him because he is tried and tested.

"For who he is and what he has achieved we firmly believe Milo is not a try and error coach. He who knows attitude, he knows our food, for this reason, we firmly believe that we have the right man in place. This was the president of the Ghana Football Association, Kurt Edwin Simeon-Okraku in September last year announcing Milovan Rajevac as Ghana’s new head coach.

The 68-year old trainer took on the arduous task to train the current crop of players to be world-class and glory-ready as the country eyes an end to its four decades AFCON silverware drought and a World Cup qualification to Qatar 2022 after missing out in Russia.

But clearly without any new strategy, Milo held onto his old 2010 tactics believing it will yield the same results at AFCON 2022, but the famous 'one goal’ project couldn't deliver and his team kept conceding goals without finding an antidote.

He admitted the difference between the current crop of players and the 2010 squad a little too late. Because at the time he did, Ghanaians were eagerly looking forward to believing in the Stars again. Millions of football lovers were looking for results and wanted badly to be proven wrong that he was not the best man for the top job as Coach. They were not ready to accept any excuses for his inability to deliver the 5th Afcon title.

"We don't have the same team like 2010. Not enough time for preparations. We don't have a player like Asamoah Gyan," he told the media ahead of the Comoros game.

So, all the shades Kurt Okraku threw at CK Akonnor and the compliments about Milovan being tried and tested amounted to nothing as the Serbian was relieved of his duties on January 26, 2022.

"The Executive Council of the Ghana Football Association has decided to part ways with Black Stars coach Milovan Rajevac.

On the playing body part, the personnel Milovan had in 2010 was different from the one he inherited.

The Executive Council after considering the three reports and engagements with key stakeholders has decided to end its relationship with Coach Milovan Rajevac and also decided that the Black Stars Management Committee be reconstituted.

The Association would like to thank Milovan Rajevac and the Management Committee the very best in their future endeavours."

Milovan adds to a list of coaches whose second stint with their previous clubs wasn't successful. He adds, sadly, to the viable examples that the 'second coming curse' is perhaps a real phenomenon.