'Ameri deal: The biggest swindle of Ghanaians by Mahama' by Akwasi Sefu 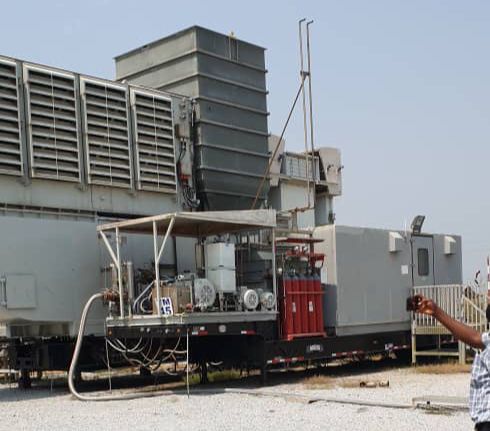 The Ameri deal: The biggest swindle of Ghanaians by John Mahama
Shares

The $510 million 250MW AMERI signed by the NDC government in 2015 will go down as the biggest swindle of Ghanaians by the man who unsurprisingly seeks another bite at Ghana’s Presidential cherry.

Indeed, from all records available, it can be stated without equivocation that Metka, the subcontractor of Ameri, financed and executed the project for the total sum of 360 million US Dollars.

The deal was clearly overpriced by $150 million.

The lack of fuel (gas and its alternative-LCO) and the lack of finances to purchase some thereof, was the biggest challenge, yet, the NDC government because of reasons known to them thought the best way out of Ghana’s reeling power challenges was the signing of arbitrary Power Purchase Agreements ostensibly to add more capacity.

Is it not also contradictory enough that the same administration on record to have said on so many occasions that DUMSOR was due to a damage to the West African Gas Pipeline which supplies gas from Nigeria to power plants in the East and West of Ghana resorted to this route?

Ghana needed ten plants to supply 256 MW. The plants at the time were sold on the open market for $22 million each for the version that supplies 25MW. Ghana needed 256 MW and obviously wanted a financing option we could afford. The NDC government went to a company called AMERI to put together a turnkey project that will help us procure the solution.

Ameri also went to a Greek company called Metka which bought the equipment from General Electric. Metka also brought in an affiliate called PPL that supplied the components and engineering architecture used to integrate the plants into a single whole.

AMERI then signed a Build, Own, Operate and Transfer (BOOT) agreement with Ghana where Ghana would pay for the plants over a period of 5 years in monthly instalments of about $8.5 million for the $ 510 million deal.

Ghana per the agreement was also to pay for the fuel including operational and other servicing costs. The situation can be likened to a Work and Pay Taxi structure.

The nature of this transaction and the inability of the NDC government to account for the $150 million was questioned by CSOs and well-meaning Ghanaians because officials of the government would certainly not handle their private entities like this. Ghana was clearly shortchanged.

Indeed, a Norwegian newspaper Verdens Gang published a news article suggesting that some government officials in the John Mahama administration paid a whopping $150 million to a middleman for little or no job done

The Akufo-Addo Addo government’s decision to review all PPAs was the best thing ever to happen to Ghana. President Akufo-Addo’s desire to see the deal renegotiated favourably in the interest of Ghana even led to some ‘casualties’. After careful negotiations, AMERI agreed to have interests accumulated on the $90m outstanding debt from February 2017 through to July 2018 waived, while an agreement was reached with same on a payment schedule for the $90 million in the wake of the government’s liquidity challenges in the Power sector.

The NPP government also got AMERI to agree to charge $6.37 million per month instead of the $8.5 million per month in the existing “BOOT Agreement” for the remaining $255 million covering the two and a half years of the BOOT Agreement, leading to a trim of $63.75 million which was to be paid over an extended year to the existing BOOT Agreement at an unconditional discount of $7 million, spread over a 12-month period, and further discounted by 5% on condition of prompt payment by Government of Ghana.

This extended the initial 5-year duration by a year in simple terms. The NPP government further achieved full waiver of the two and a half year’s $0.005kWh Variable charge due AMERI, saving Ghana an amount of $41.5 million ― $8.3 million for 2018, and $16.6 million for 2019 and 2020 respectively. This is leadership that thinks about the next generation!

The NDC should be reminded that an evaluation of the amount of money (in excess of $900 million) that the Government has had to spend on paying capacity charges for power we did not need from 2017 till date, could have been spent on building more schools, hospitals, roads etc. The Akufo-Addo government decided not to cancel the AMERI deal outrightly because of the inevitable judgement debt consequences it would have posed.

Today, the NPP government has taken full ownership of the AMERI Plant after completing the terms of the most favourably renegotiated BOOT agreement under the circumstances and will move it to Anwomaso in the Ashanti region to stabilise the power network in the middle belt of Ghana. The NPP’s conduct on AMERI since assuming office to date is one that can be described as a visionary, not a reckless act, clearly hinged on personal considerations by the handlers of the Ghanaian purse between 2013 and 2017.

John Jinapor may want to hail his mentor John Mahama, maybe on other themes but certainly not in the energy sector and not on AMERI. The AMERI deal will go down as the biggest scam ever visited on the good people of Ghana and an indelible blot on John Mahama’s integrity. The AMERI syndicate still lives. John Jinapor must remember, one may not be dealt with by law now, but to be imprisoned by your own conscience is enough.

This same John Mahama in July 2017 was reported to have travelled to Namibia together with two AMERI representatives to discuss energy opportunities. This report has not been denied anywhere on these streets.