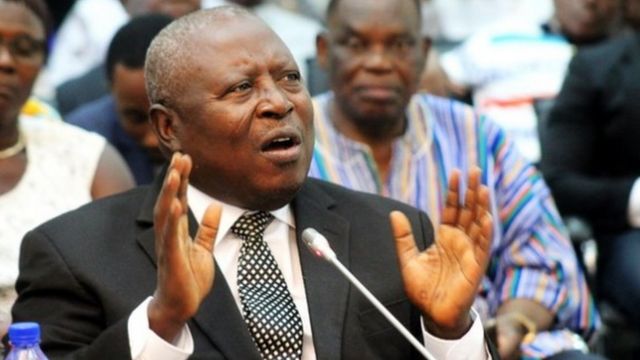 This comes after Martin Amidu who resigned as the Special Prosecutor earlier this week made claims on November 19, 2020 that his life was under threat.

Mr Amidu went as far to say should anything happen to him the President should be blamed.

Eugene Arhin says Akufo-Addo has taken notice of the claims made by Mr Amidu and has acted by directing the IGP to ensure he is safe.

Martin Amidu has in an interview asked members of the governing NPP to desist from peddling falsehood about him.

Martin Amidu said if the attack does not stop he will be forced to respond which may be unpalatable for them.

He has refuted claims by the MP for Assin Central, Kennedy Agyapong that he has a medical condition for which he should not have been appointed.

According to him, the claims that he has a medical report in Germany are untrue. 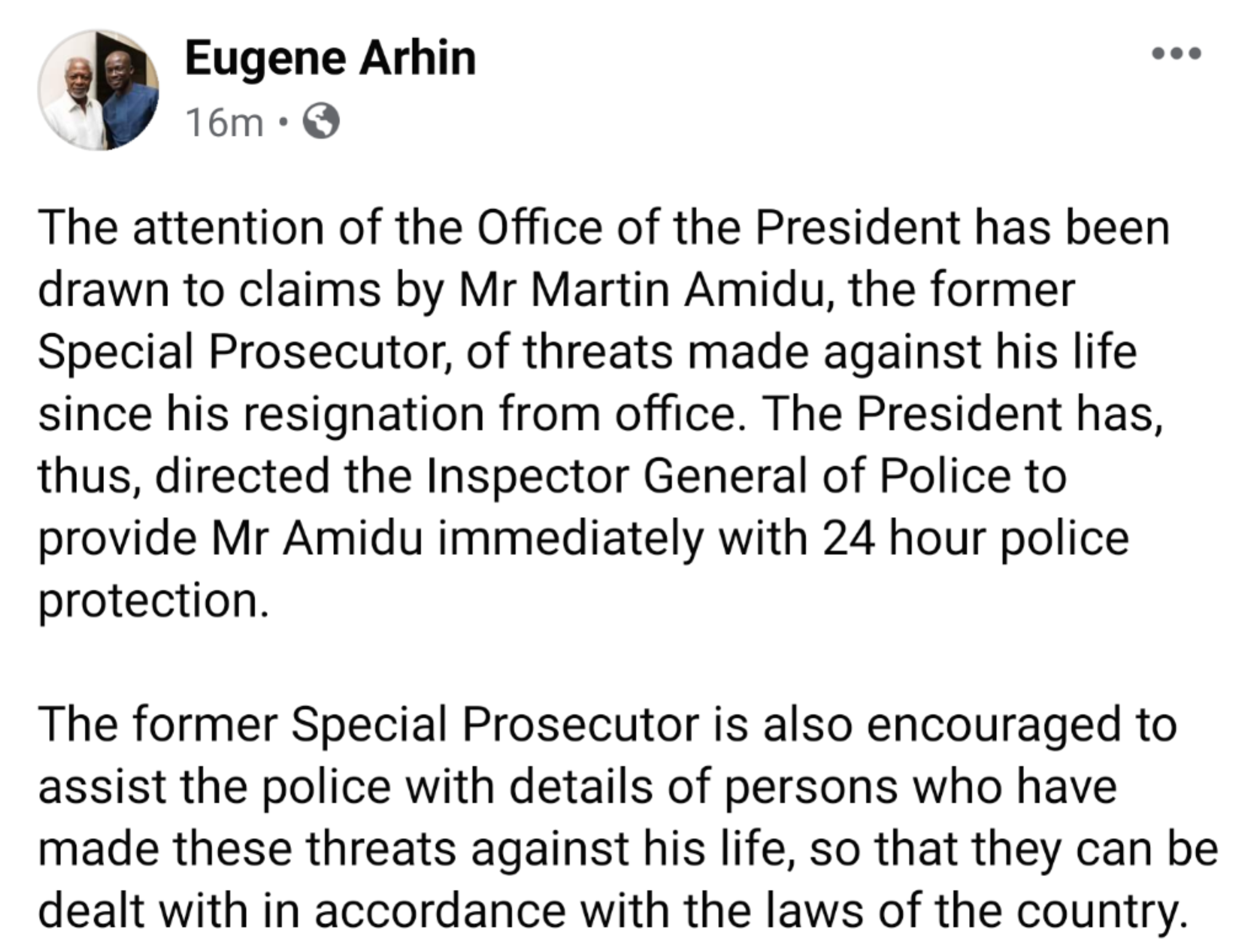