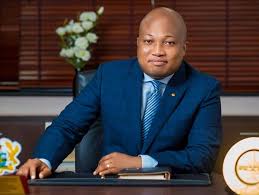 Member of Parliament for North Samuel Okudzeto Ablakwa says there may be a need for the President to appoint Minister for Awareness.

In a Facebook post, he said Parliament will have to devise ways of stopping ministerial nominees from using lack of awareness as an excuse to dodge questions being asked at the vetting.

Mr Ablakwa who is a member of the Appointments Committee of Parliament said "At this rate, President Akufo-Addo may have to appoint a Minister for Awareness to be responsible for stimulating awareness in his government.

"The mantra: “I am not aware” cannot be countenanced in any functioning democracy where transparency & accountability must be sacrosanct."

"It appears to me that Parliament will have to devise new strategies within the parameters of our Standing Orders to immediately defeat this creeping convenient excuse of lack of awareness."

Former Deputy Attorney-General Godfred Dame has told the Appointments Committee of Parliament Friday, February 12 that he was not privy to the contract signed between the Government of Ghana (GoG) and a private company, Frontier Healthcare Services.

The company was contracted under urgent, yet controversial circumstances to do Covid-19 mandatory testing at the Kotoka International Airport (KIA) when Ghana opened its air borders in September 2020.

There have been concerns regarding the procurement of the company, its licensing and the $150 fee it charges for Covid-19 testing; an amount many have described as exorbitant.

Health Minister-designate Kwaku Agyemang-Manu disclosed to the Appointments Committee that the company was procured by the Presidential Taskforce on Covid-19 and that he as sector minister at the time had no idea how the procurement was done. He disclosed the company was not licensed when it commenced work but that it eventually did. Mr. Agyemang-Manu said he did not see the contract between the company and the Government of Ghana.

A Former Deputy Minister of Health and member of the Presidential Taskforce on Covid-19, Dr. Bernard Oko-Boye, is also reported to have said in a media interview that he did not see the contract despite he is a member of the team that awarded it.

Former Minister of State in charge of Public Procurement, Sarah Adwo Safo who has now nominee for the Gender Ministry also told the Committee that she is unaware of the contract.