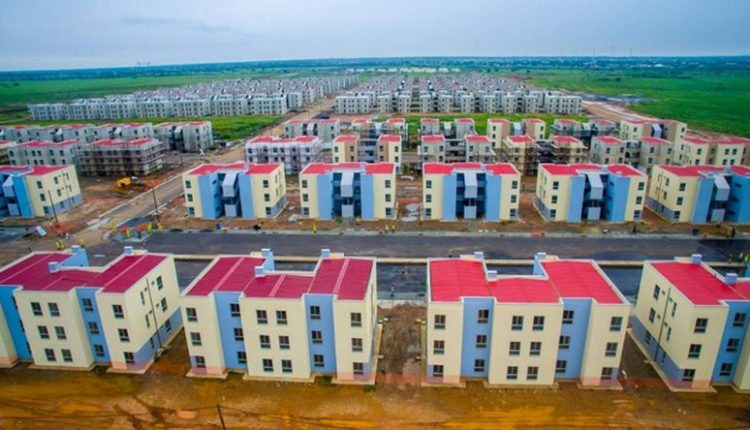 President Akufo-Addo says the cost of houses in Ghana exceeds the means of many ordinary workers.

The President said his government is working to address the country’s housing deficit.

He went on to say the current housing deficit which stands at two million is not the best.

He made this known during the commissioning of the National Mortgage and Housing Finance Initiative which has seen the construction of some 219 housing units in Tema.

The President says such initiatives will help tackle the problem.

He noted that the existing regulatory frameworks and land tenure systems in the country have together led to the challenges the country is facing in terms of housing.

“Our nation has not done enough to promote house ownership in an organized and equitable manner. The housing industry in general has seen slow development over the years. The land tenure system, lack of effective regulation and legal framework have together worked against this very important sector of our economy.”

The President bemoaned the high cost of housing in the country, saying that the existing situation makes it almost impossible for the ordinary Ghanaian worker to own a home.

He added that the situation has forced many to buy lands on the outskirts of the capital and building over an average of about seven years in an unplanned manner, creating communities without social amenities.

“The cost of houses on the market exceeds the means of many ordinary workers who have no hope of ever owning their own homes during their working lifetime.”

Demand for housing units is pegged at about 70,000 units annually.

President Akufo-Addo says the situation, among other factors, is due to high population growth and rural-urban migration.

He said the government’s new mortgage scheme will enable citizens own their homes through mortgages underwritten at rates of between 10% and 12% among the participating banks; GCB, Standard Bank and Republic Bank.

“[Through the] National Mortgage Scheme, mortgages are being underwritten at the rates of 10% to 12% by the participating banks. This intervention has reduced mortgage rates by over 60% compared to the average market rate of some 28%,” he said, adding that through the rent to own scheme being introduced by the government, low-income workers will get the opportunity rent to own homes.

“Government will use this framework, to revive the affordable housing concept and complete many of the abandoned housing units across the country started by the second president of the fourth republic John Agyekum Kufuor,” Akufo-Addo said.