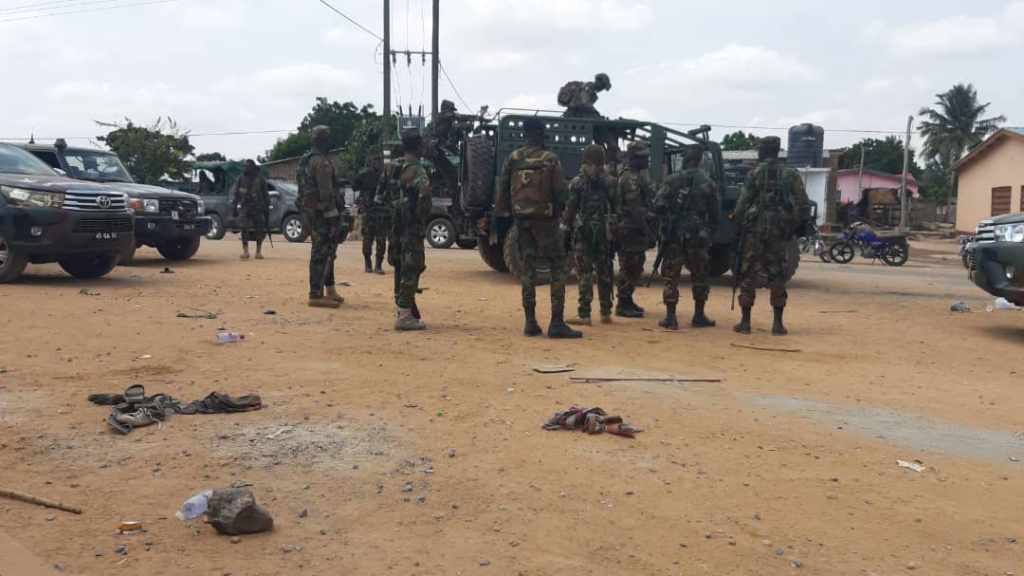 He explained that he is not far from his community and he left after the press conference to get people who will help solve the land dispute.

Nii Addo said they said land belongs to them and they will continue to fight for it.

"By the end of the day, I will be there and I'm not far from the community. What happened.. after the press conference.. as the elder of the community I have go back so that I will get people so that we can solve this matter."

Meanwhile the Military has vacated Obom Domeabra after retrieving two guns seized by the youth of the town.

There was a heavy security presence at Dome Faase near Obom Domeabra in the Greater Accra Region after a 'bloody' clash injuring two soldiers and some residents over land ownership.

READ ALSO :Dome Faase clash : Military will not hurt you, just be calm - MP to residents

After the clashes, residents fled the town as the military had invaded the area.

Over 60 residents of the town have been arrested following the clashes.

The clash came about after two military personnel and some civilians clashed with residents of the town over a land boundary dispute.

The coalition of Ga communities which comprises of over 20 communities and share a border with the Eastern Region alleged that the Mponuahene of Akyem Apadwa and the Akyem Traditional Council were taking their farmlands from them hence the resistance that led to the chaos.

However the Chief of Obom Traditional Council, Nii Kpakpo Amartey has called on the Presidency to act swiftly to resolve this dispute before it escalates.

"Practically, we are not in an era of tribal intimidation. So the Akyem Mponua hene and the estate development company should be mindful that administrative boundaries do not serve as chieftaincy boundaries. Moreover, nobody is above the laws of the country. We are stating emphatically that we will not sit idle and watch on for these atrocities to go on. We the members of the affected communities are prepared to tame them as men of valour and might. We are certain that the office of the President will not superintend over land guard issues so the office must act swiftly to bring the activities of these hooligans to a halt before any escalation.”